Why Darwinex is not growing?

309 282
They did or better: tried some strange improvements - but it looks like it did not work.
like the Private Label Primer - I'm missing or didn't find the follow up blog since over a year.
There was hope ..

CavaliereVerde said:
ou confuse alpha with past return.
If alpha is for dogs we can call it edge, edge vs past luck.
The amount of visible past return is more or less always the same.
Click to expand...

Making the right improvements - not the private label stuff.
Maybe it depends on the missing Spanish licence to take it live, I'm not sure.
This idea was discussed intensively in the old forum without enthusiasm.
But I really doubt that it will work with the current model portfolio .

Probably they thought that was the reason for the growth.
Lowering var is easy while reloading the platform with a ton of improvements was the difficult part.
Last edited: Feb 27, 2021

IMO that is the most vulnerable point at Darwinex until now.
I started reading the old hot discussions from time to time when alpha put the owl in a small cage, just to see what was planned and what is done until now.

The Spanish licence is still not visible after February has passed.
There are hundreds of Darwins with a "buy and hold", "must have in a portfolio" and "invest me" description which is against the rules if it is read as an investment advice.
Other sides check and read the descriptions of their traders before publishing them to avoid conflicts with the authorities.
That could have easily be done in the last months by one person.
As long as that is not done I wonder whether they have a chance for a Spanish broker licence or are still trapped in their first steps.
But maybe I'm wrong.
Last edited: Feb 28, 2021
S

The traders and investors do not trust Darwinex as they were trusting and had faith in platform before 2020. They have tweaked several rules abruptly and unnecessarily. Additionally there are very few really good traders and many are on the way to becoming a good trader.

There are lots of gamblers with bold statement and unfortunately with their martingale equity curve attracts the investment from retail investors. Due to their high risk strategy either they immediately burn investors money or stay alive few months and then burns even more money.

I think there are much more bad experience (gamblers) for investors compared to good traders. Additionally, Darwinex showed no responsibility whatsoever and became silent spectator in many obvious cases. Therefore, there are several reasons for stagnation in growth of Darwinex.
Reactions: MinvestAIcapital, trilobite, IlIlIlIlI and 3 others

1,035 557
Don't know if it's been mentioned already @CavaliereVerde but I'd suspect the tweeting and rise in popularity of Bitcoin (and Tesla) have pilfered many retail traders / investors away.

Even if true alpha was plentiful on Darwinex, it probably would get abandoned for the chance of making 900% on BTC or 600% on TSLA, who could refuse that? 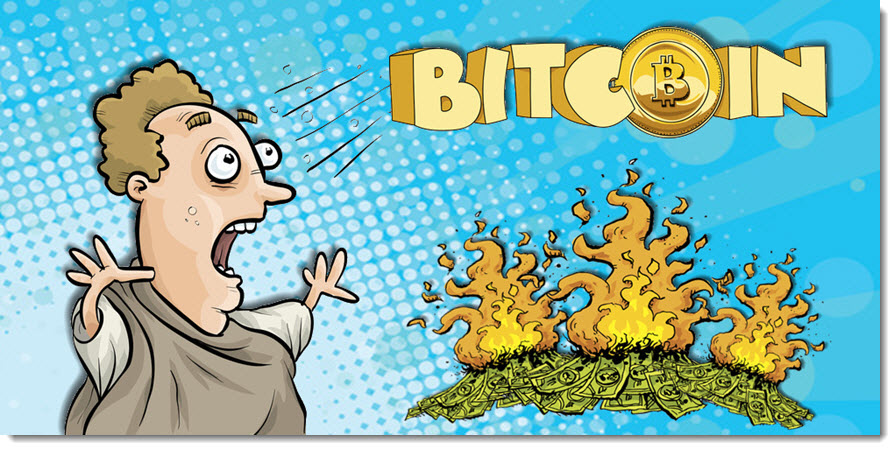 1,306 1,689
This is true but as I said above there were hot stocks also in 2017 : Apple, Facebook, Visa , with returns much higher than darwins, despite it Darwinex had a growth of 3-4x.
Bitcoin from 800 to 19000 in 2017 ....
Alpha was scarce and investors dumb but they were innovating and improving their product.
Today they seem to sit and wait.
SYO is the perfect darwin and despite it Darwinex is not growing its investor base.
Last edited: Mar 20, 2021

CavaliereVerde said:
Today they seem to sit and wait.
Click to expand...

Maybe that's part of the business plan just like the embryonic plan was to created a movement that you (we) felt part of, the reality is we're not privy to the grand business plan.

Think about this, maybe they are on track with their business plan. No doubt the company is turning over a profit and they have time to sit, wait and see.

If their plan in the first phase (10 years) was to primarily attract as many traders (not investors) as possible without spending a fortune on advertising, then they hit that goal with a lot of help from Darwinia.

During the first phase they can see exactly how much trading talent has landed at the door, we too can also see this first hand.


CavaliereVerde said:
SYO is the perfect darwin and despite it Darwinex is not growing its investor base.
Click to expand...

The second phase, attracting investors can really only start when they have a stable of talented traders, +20 imho. I agree, SYO is a decent Darwin but the company needs plenty more.

Maybe the second phase never kicks off, a contingency plan is more than likely part of the grand business plan. On the flip side if enough talent is attracted from elsewhere or if talent grows from the site then they can get serious about marketing to investors.

When talented traders are partnered with them they could get very creative in their offerings, we might even see a guaranteed return option for investors

1,306 1,689
Tesla and Bitcoin are not in competition with Darwins, they are very high risk investments.

This is in competition with Darwins.
->https://www.etoro.com/people/jaynemesis
More than 100 millions of AUM, closed to new investors, while SYO is stuck at 5 millions.

This is in competition with Darwins portfolios.
->https://www.etoro.com/copyportfolios/gainersqtr
This is what DWEX had to be...

I don't think a fintech startup has plans to stagnate for 3 years.
Darwinex business plan was:
The problem is not their business plan but the fact that they are not executing it.
Last edited: Mar 20, 2021
Reactions: itstradingtime and Captain Currency

1,306 1,689
This is another "competitor":
->https://community.darwinex.com/t/a-new-start-my-portfolio-real-dec-2018-and-my-thoughts/4908/117
@KlondikeFX is perfectly right.
A low risk "all weather" ETF portfolio is more easy to build and likely to deliver 5-10% annualized than a darwin portfolio.
In 2017 the Darwin asset was more convenient, same alpha but 10% var and 0% management fee.
Now we have a max var of 6.5% but the average var is closer to 5%.
Investors are paying 1.2% fee for an asset that is expected to deliver 5% per year.
->https://www.darwinex.com/investors/darwins-performance
So same alpha, lower leverage, higher costs, much lower profit.
Reactions: MinvestAIcapital and LongVision

1,035 557
eToro their competition for retail investors is far stronger and marketing is not Darwinexs strong point, we know it's not - the idea of How To Start A Movement by the CEO was cringe. The company needed to spend money on advertising then and they still need to spend money today. To believe you can advertise on little to no money or by word of mouth is ill-judged.

For some reason Cav I have a feeling they are not too pushed about competing / growing, they have found their comfort spot and structured fees to suit them, a real pity.

An if and a big IF, back to the second phase in my previous post; if they do attract enough talent (I hope they do) it might push them to advertise to investors. They'll then need to change the current deal on fees and structure and offer investors something irresistible.
Reactions: IlIlIlIlI

309 282
I'm waiting that the people who made Darwinex
- close the own coummunity
- set VaR to 6.5 and introduce a target VaR to cut it to 3.25 % in reality (and the other changes with it)
bring in their promises and their money.

What I see:
Some successful youger Darwins stopped trading without any visible reason on their all time high in the last 3 months with a 1y - 3y nice track record with an all time DD less than 10%.

What I know:
The typical social trading investor expects a performance of more than 25% or 100% for every year, even if he does not get it usually. He buys the chance, not the reality. He knows the risk class of forex and future trading, and 5% profit per year is not a good relation to the risk he has to take. Show him 100% or more on a backtest, and he will try it with his money.
It does not help to talk about alpha from the own point of view, if you can't show it.
True alpha - or the lack of it - is the key, as also our survey showed.

Darwinex did not attract professional traders, but they made a few private traders to professional ones, playing their strategies also on other fields for higher commisions and income. These traders are not able to live from their trading, but from their commissions. That's the real pity in this game.


CavaliereVerde said:
Investors are paying 1.2% fee for an asset that is expected to deliver 5% per year.
Click to expand...

The pay 3.6 % fees if they want 5% or more as this usually works only with leverage x3. That - together with the investor fees - can make a loser out of a a profitable portfolio.

Instead of this leverage concept it would be much better to allow the investor to choose the VaR:
6.5 % with target VaR as we have it now, 10% without target VaR, 20% (all versions they had) and additional a 1:1 replication as the majority of the successful Darwin traders offer their strategies as service on other platforms or PAMM service for these clients.
Additioinal the VaR needs a lower bound of at least 1 % to reduce the number of gamblers playing with investors' money without an own risk.
Last edited: Mar 21, 2021
Reactions: itstradingtime, ASGTrade and Captain Currency

Captain Currency said:
For some reason Cav I have a feeling they are not too pushed about competing / growing, they have found their comfort spot and structured fees to suit them, a real pity.
Click to expand...

It is Juan Colon that was speaking about x10.
After 9 months we are close to a x0.8.
Increasing fees and hoping for a growth is a pretty odd logic...
Asset class is less convenient and investors are leaving, even the few good darwins. 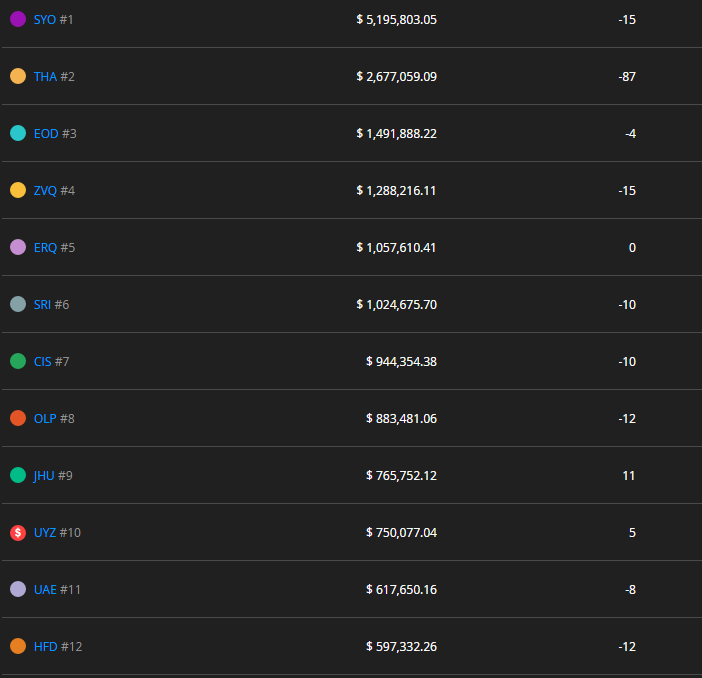 Reactions: itstradingtime, IlIlIlIlI and Captain Currency
You must log in or register to reply here.