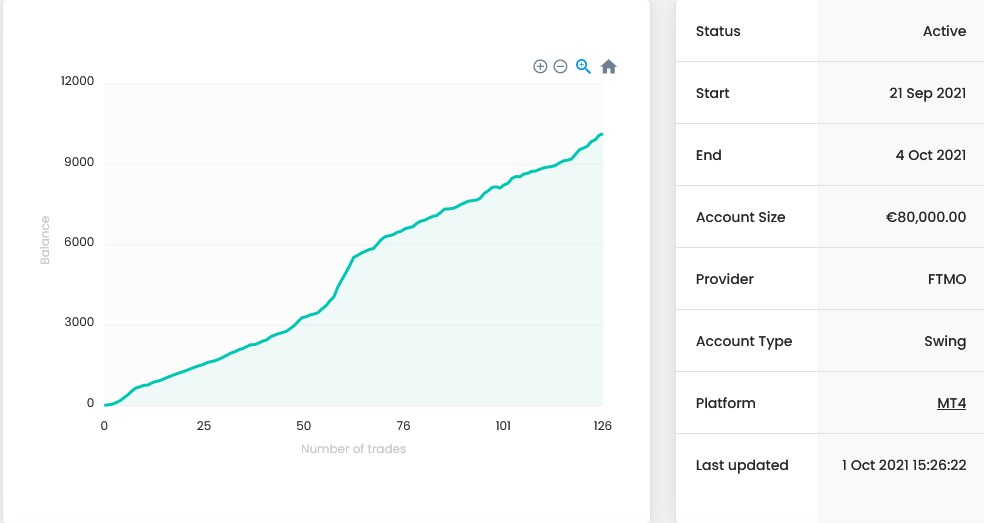 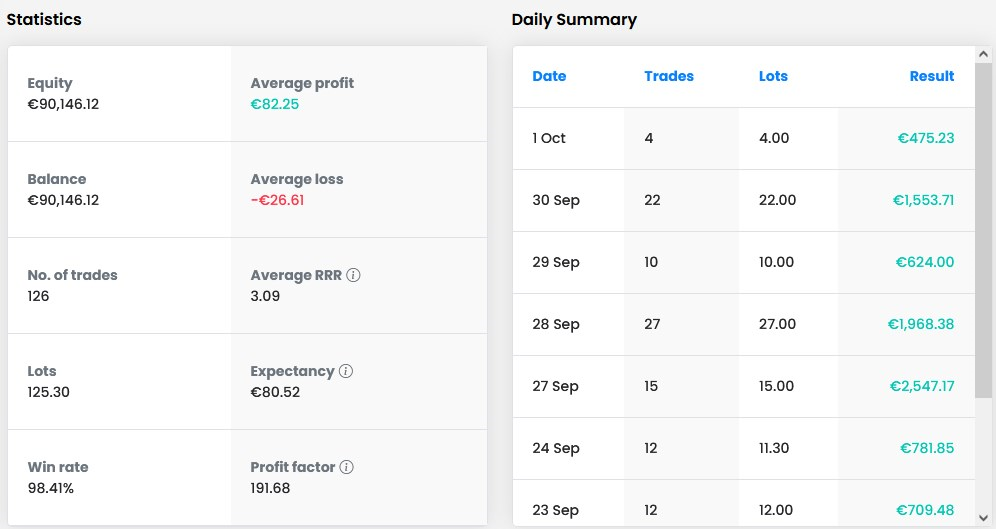 so are you fully funded now?

IceThor said:
so are you fully funded now?
Click to expand...

No, unfortunately not, I'm still training with the free trials.
If I would have been funded I would have lost it again when I broke the daily loss limit some days ago.

I think now - surviving the last days without breaking the rules - I'm ready for the challenge.
I'll decide that on the weekend.
Last edited: Oct 4, 2021
Reactions: IceThor

648 615
Last day of this trial.
Only lunch trades, I traded two sets as the first closed on tp and trailing stop and the result was less than 400 EUR.
Tomorrow I want to start a new round. 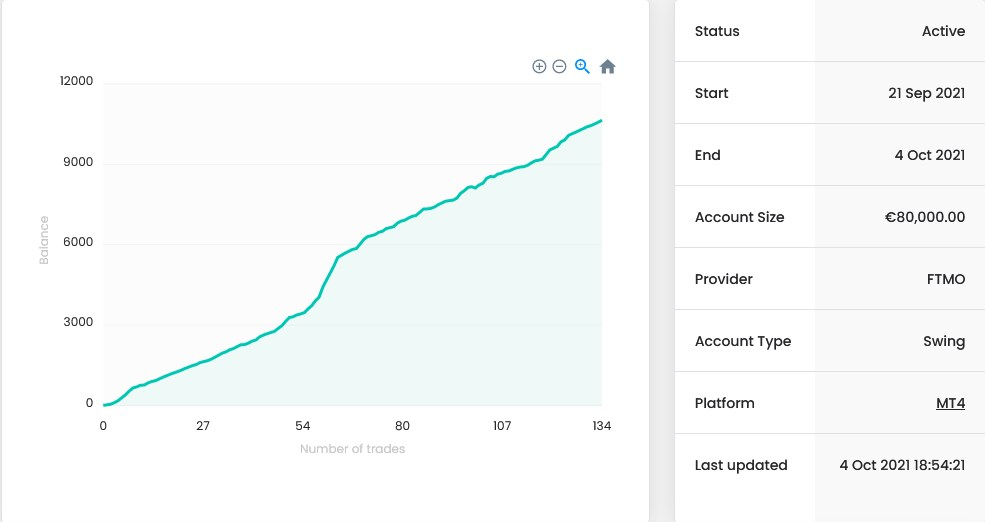 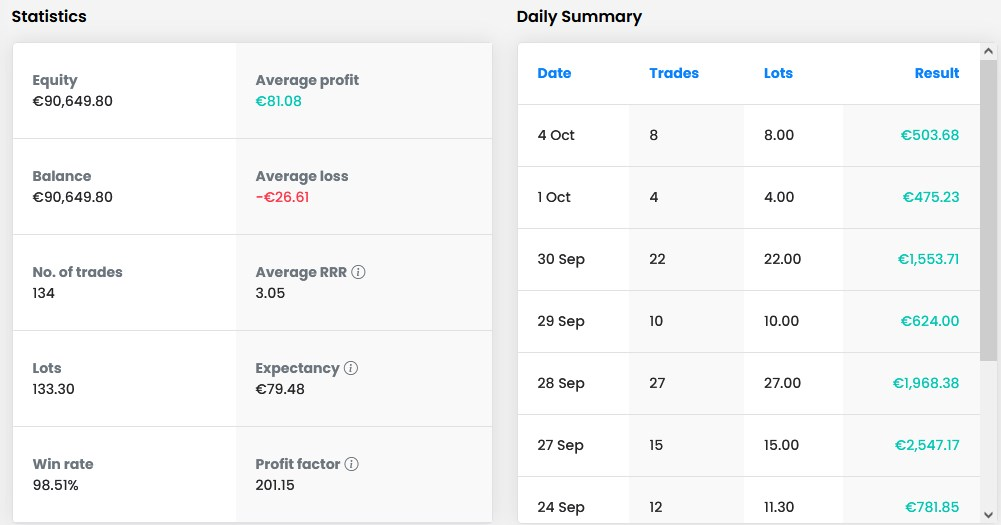 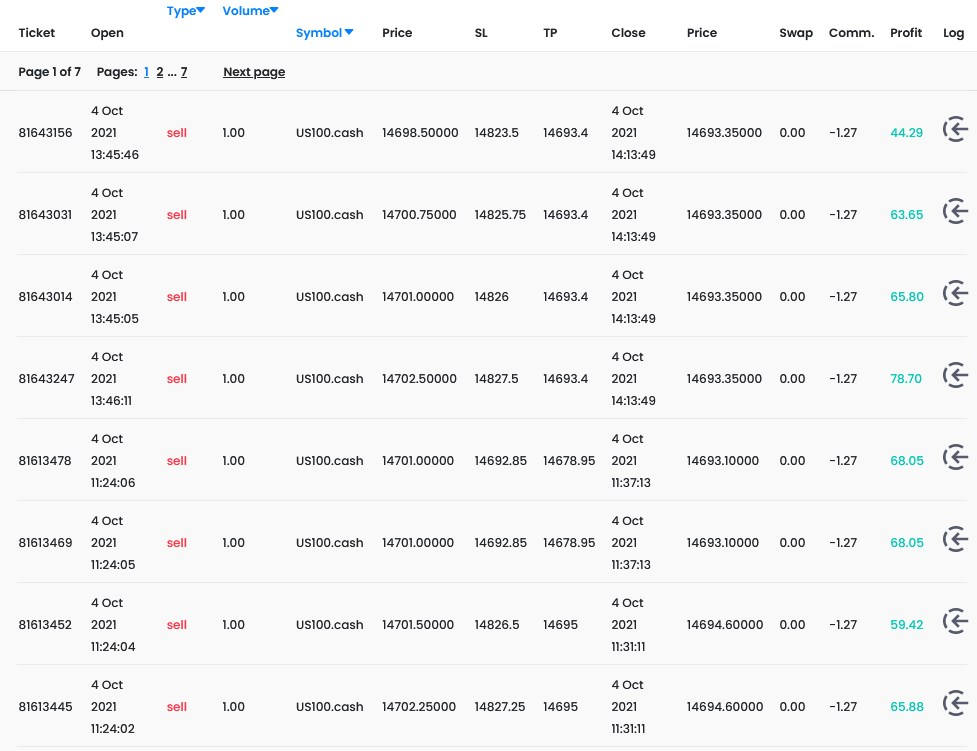 IlIlIlIlI said:
No, unfortunately not, I'm still training with the free trials.
If I would have been funded I would have lost it again when I broke the daily loss limit some days ago.

I think now - surviving the last days without breaking the rules - I'm ready for the challenge.
I'll decide that on the weekend.
Click to expand...

I will follow your updates with interest
Reactions: IlIlIlIlI

648 615
Started the new round in the wrong direction and hoped too long to get a fill for my tp.
Didn't hold the 4 lots the whole time and had to close nearly 3k losses to avoid violating the daily loss limit - close to the worst point.
The market fooled me after that so when the positions were closed it went back near to the entries.
So I changed direction but could trade only 1 lot without risking to violate the rules.
I added a second one when the first one got its break even stop but that was closed soon after it also got a break even stop.
In a later trading session I exceeded the daily loss by some 100 EUR but got the fills with profit, manual and tp.
So from now on the daily average is 500 EUR - 25% more than the usual 400 EUR - but that should be possible without changing the strategy. 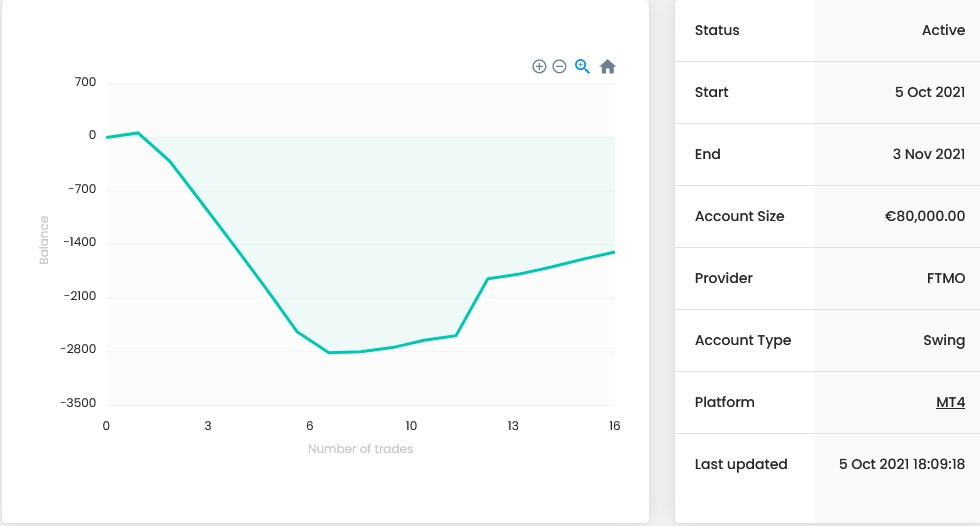 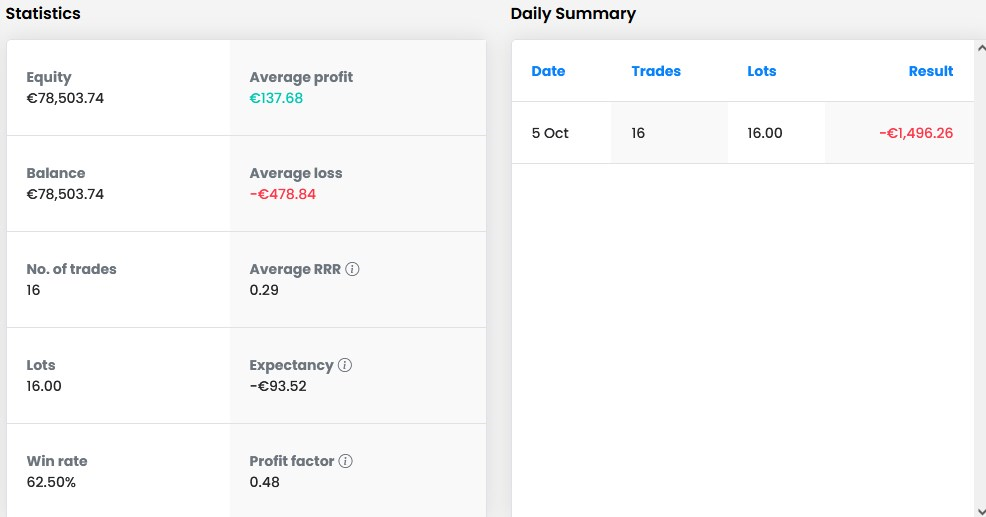 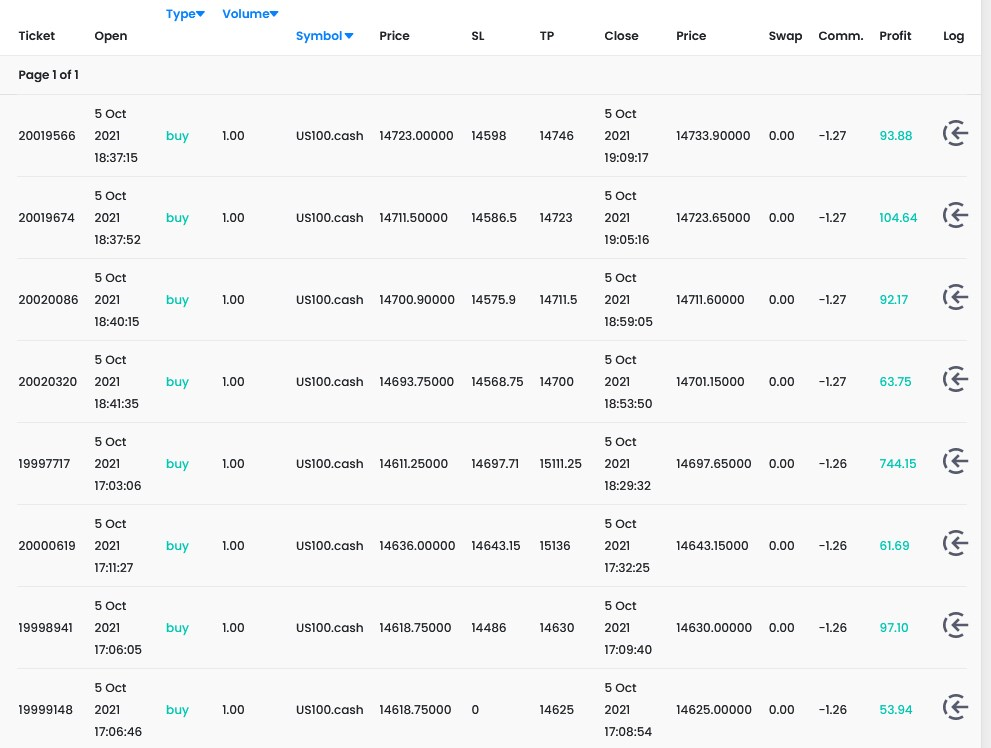 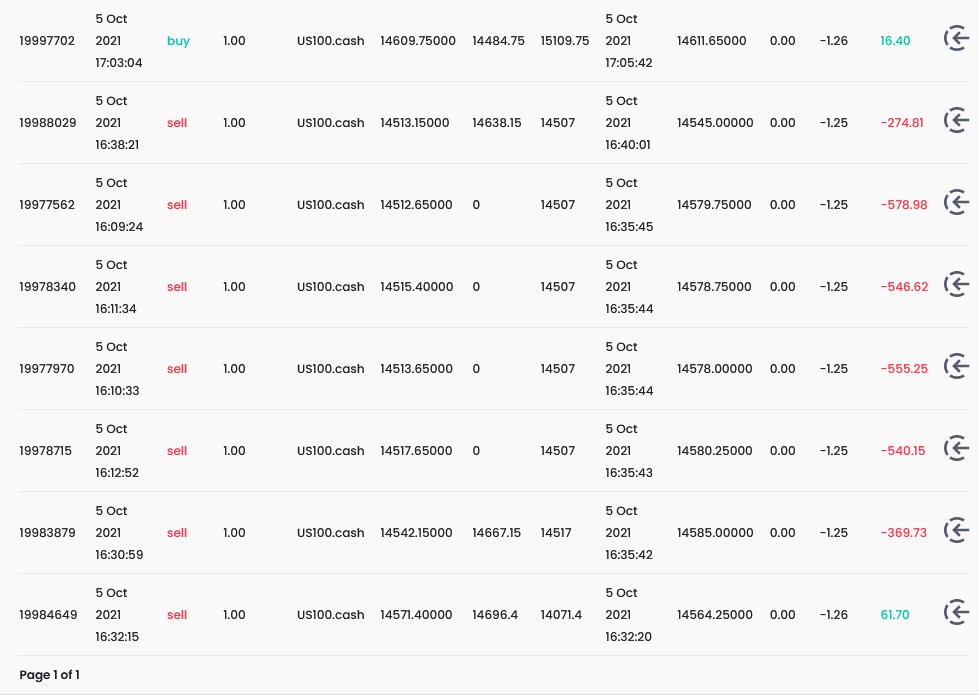 648 615
I think I'm done for today with trading.
I didn't want to trade the US opening today as I expected too high volatility.
Before my trades were closed it was exciting whether the tp would be reached or not, but it worked.
My new average daily profit target is reached today. 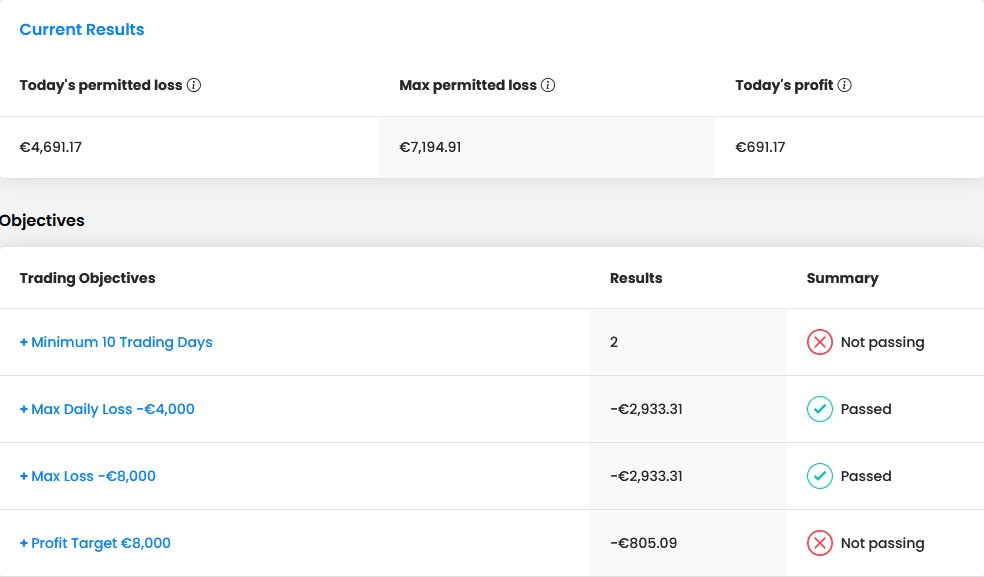 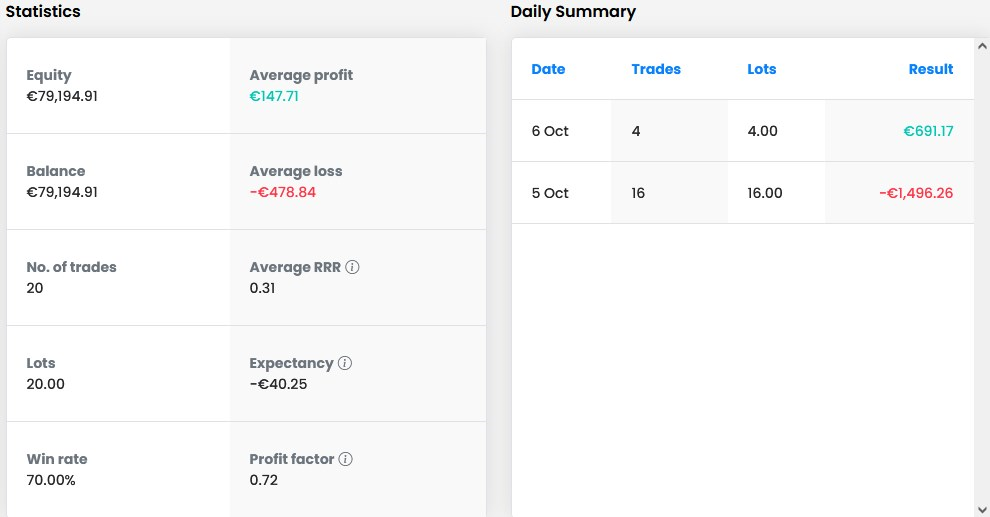 648 615
I had three small trading session with a max. of 2,3 and 4 lots simultaneously open.
Didn't like to open the third session, but I did to reach my daily profit target.
So I closed these trades when I could be sure to get some profit as the market was jumping several pips during the typical closing delay I saw today.
The last session was very exciting for me, much more than the complete last round. 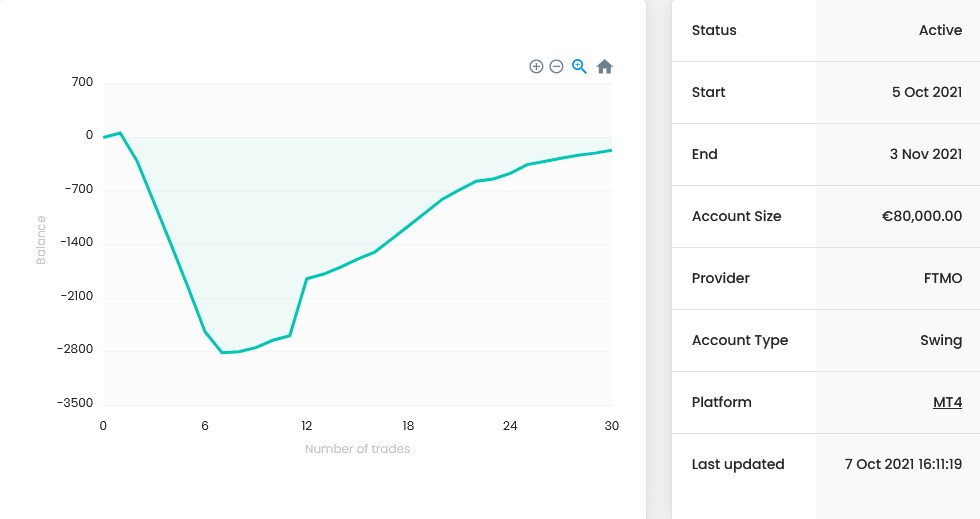 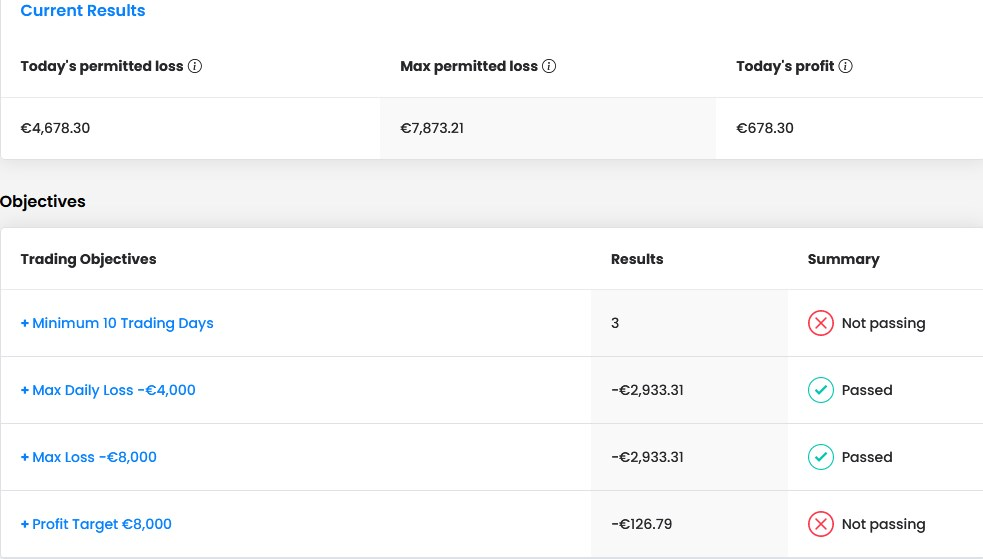 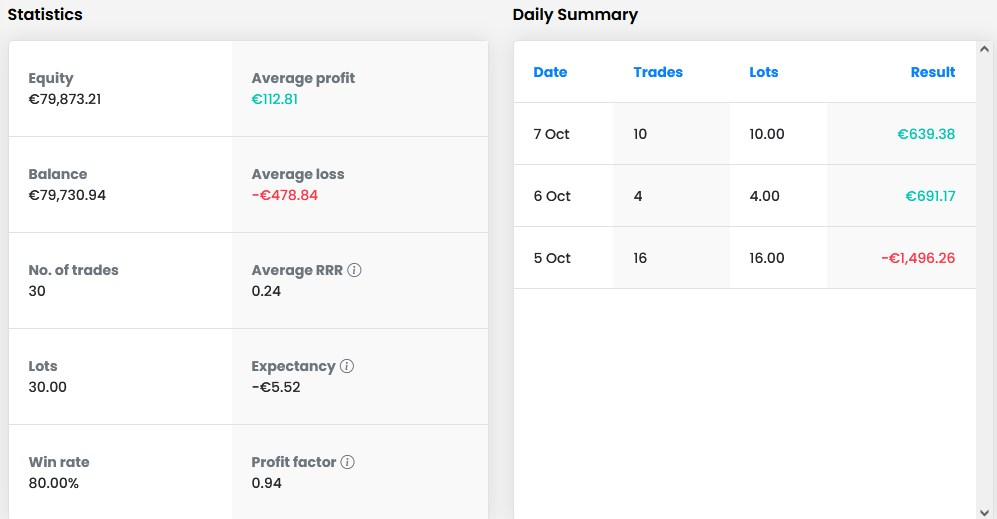 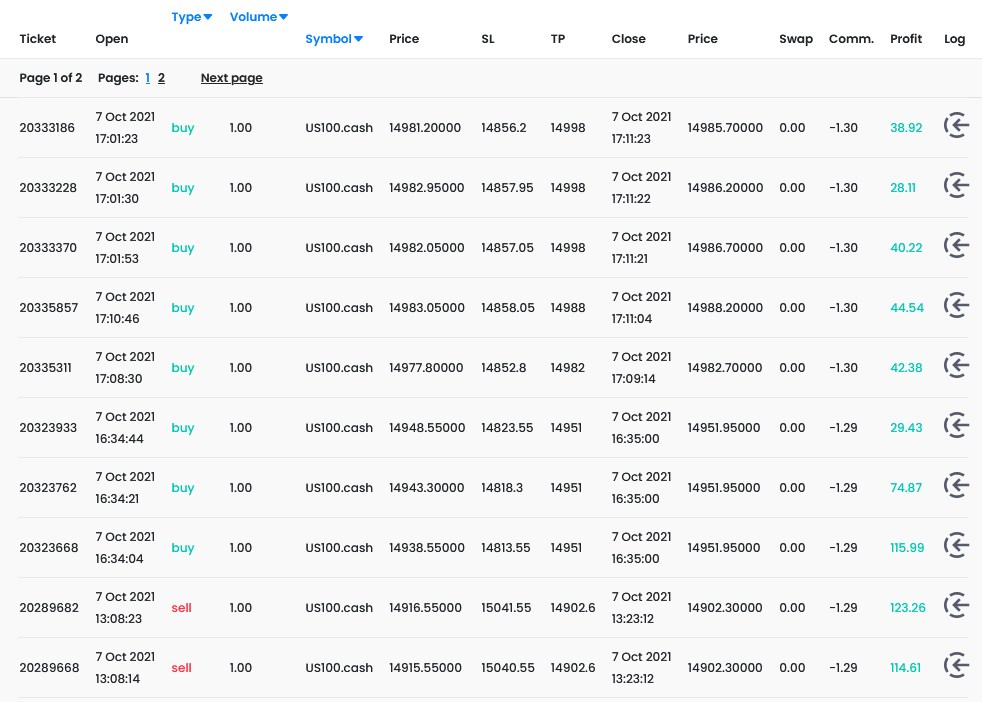 648 615
I think I'm done for today - it's Friday and I got my target.
Back to profit again.
Opened a trade set of 4 trades during lunch time, but it didn'r behave the way expected and I closed the trades earlier - the pt was reached later.

Current volatility is bad for trading with sl.
When the market started moving on the oopening of some trade books in the US an hour before the market opens, I added two fun trades in these moves to reach my daily pt, opened to be closed manually via smartphone - the first one was closed after 25 seconds and the second one after less than two minutes.
Do you know a broker or liquidity provider who likes that? Thank God that it does not violate the FTMO rules. 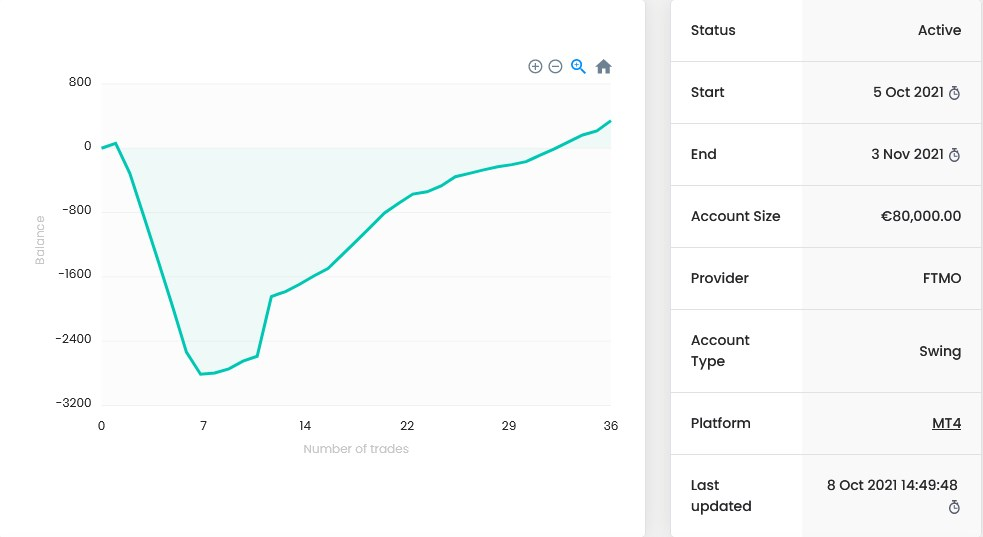 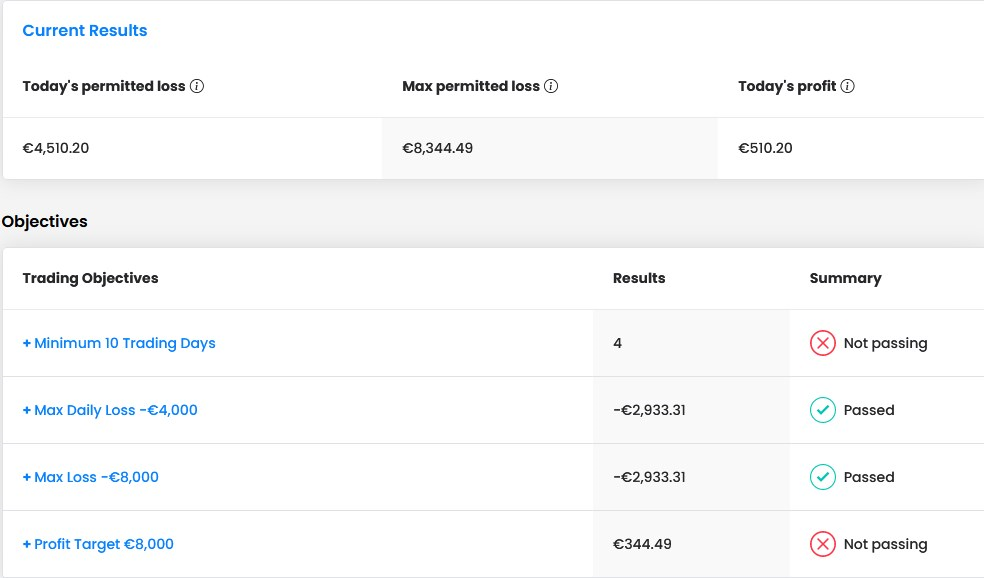 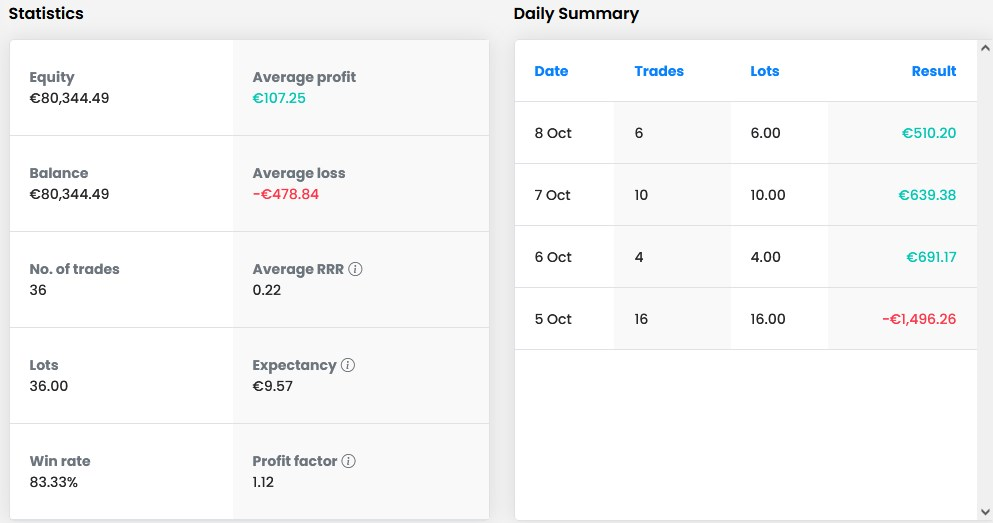 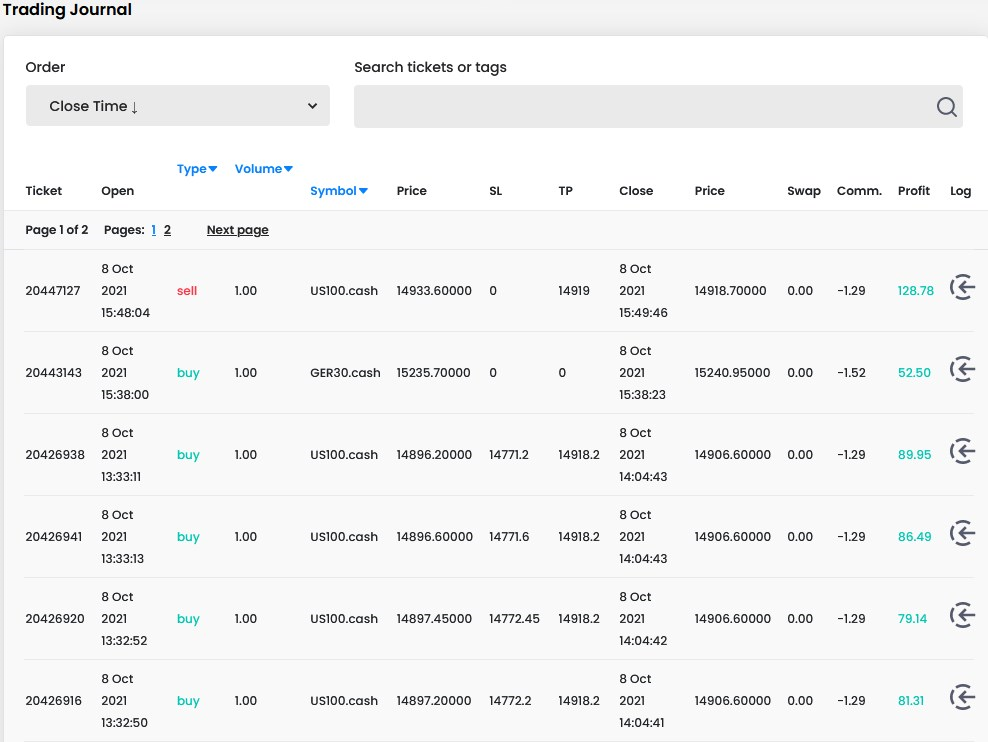 Switching to survival mode to end with profit without violating the rules to get a free retry.
Reactions: trendie
I

142 33
Your risk to reward looks way out of wack.
Reactions: IlIlIlIlI

IceThor said:
Your risk to reward looks way out of wack.
Click to expand...

Max loss increased, but not max. daily loss.
Maybe I should stay in survival mode until end of this round. 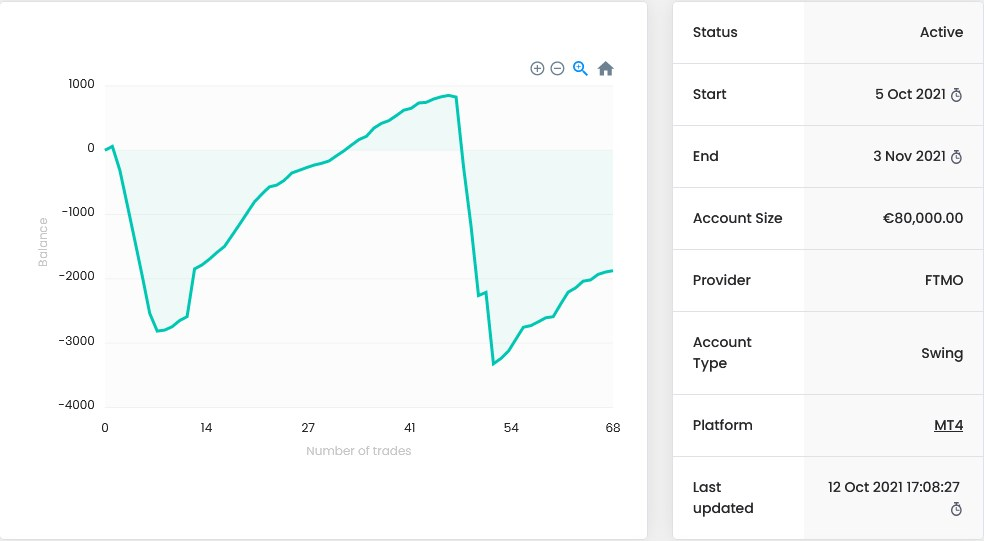 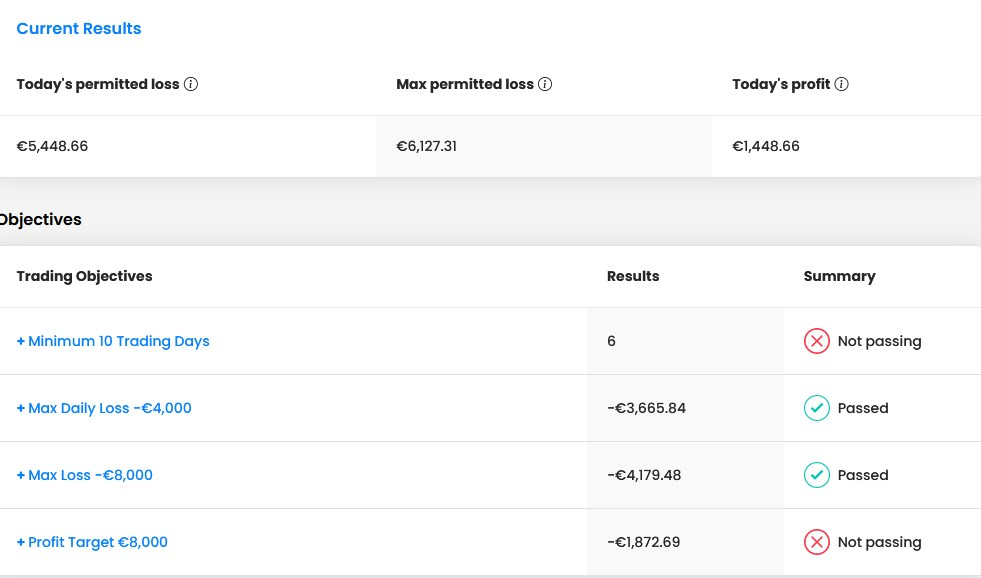 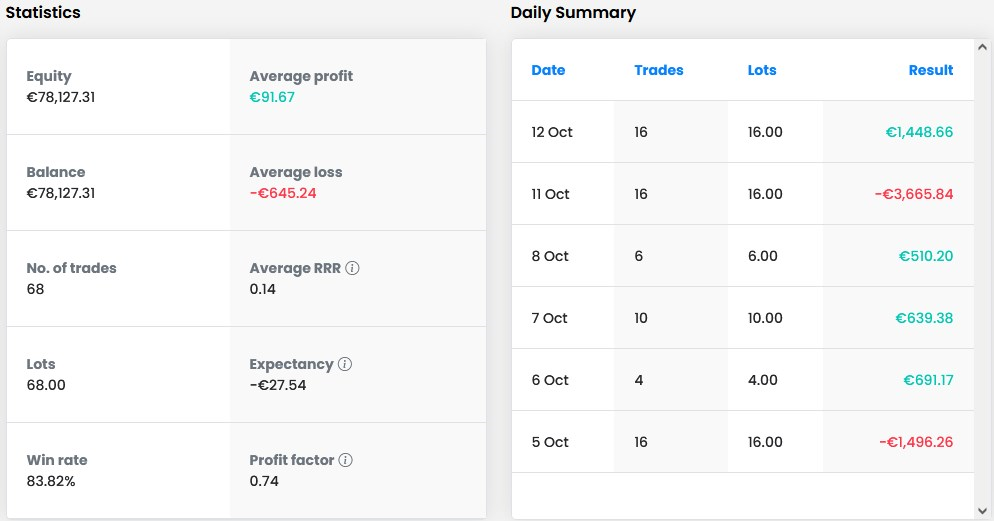 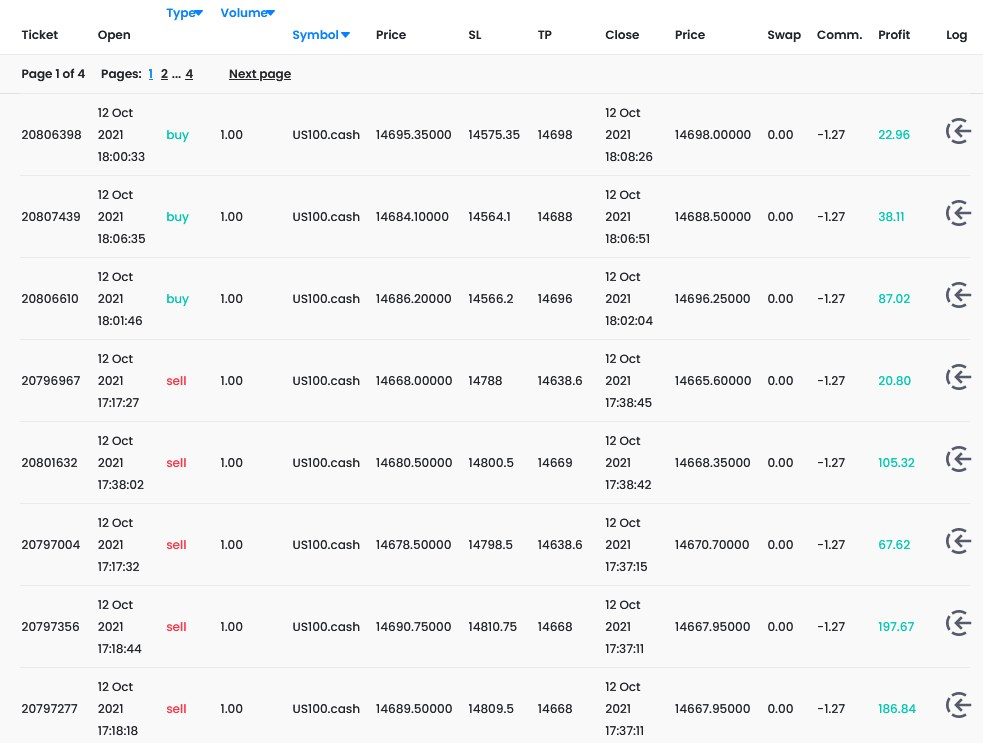 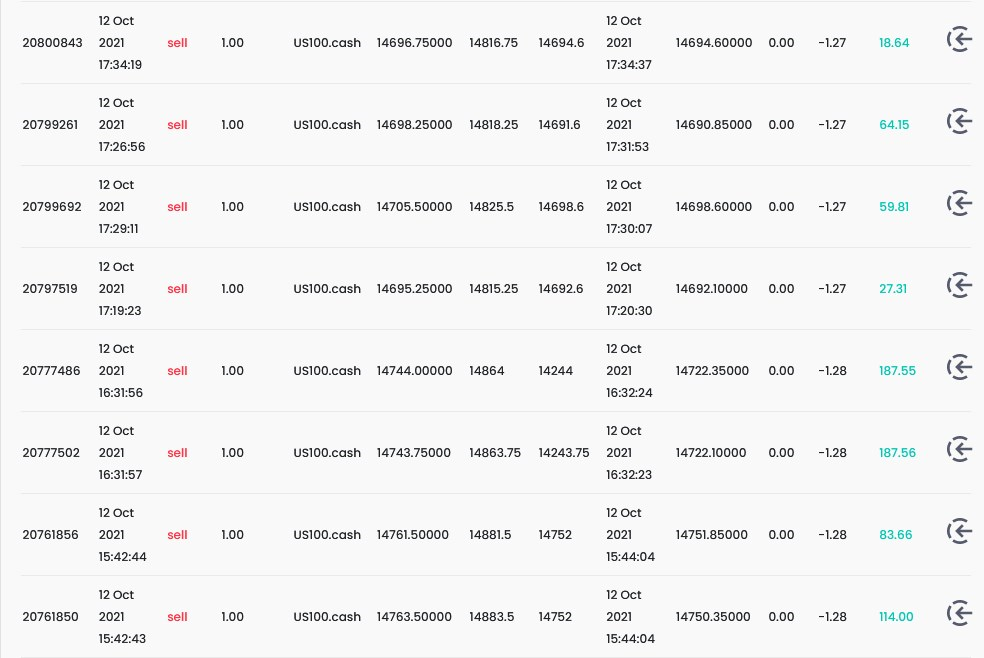 6,858 1,416
Excellent example of just getting back on the horse.
Reactions: The Erect Trader and IlIlIlIlI
You must log in or register to reply here.