Chad Seven said:
Should have taken more than £2,000

Have been thinking about this Soyabean trade. The initial target I set was where the price is in this screenshot and the resulting profit would have warranted a picture of Leonardo DiCaprio throwing money off a yacht.

So what happened? The price was struggling to break 889, as I predicted it would and trade was already BE, then I panicked, and to make this worse I decided to close as the price started to rise, shortly before smashing through the level.

I didn't follow my plan, there is nothing in my plan that says set your target and if you feel like the target isn't going to be hit close the trade.

194 13
I notice that my spreadbet provider has various option expiry dates for all the major forex pairs except USD/CHF for which it only offers expiry for same day. I wonder why that is,
Last edited: Jul 14, 2020

Stop moved to BE.

Chad Seven said:
Stop moved to BE.
Click to expand...

Stopped out for BE.

Nothing to be said on this one really. It was the right trade to take and I managed it properly, it just didn't work out.
Last edited: Jul 15, 2020

194 13
Filled and stopped out for loss on Silver overnight.

194 13
I performed some analysis on whether trades filled after USA close have a lower probability of success and this does not to appear to the be the case. When I have more data I shall repeat this exercise on individual markets.

194 13
I am looking at RSI and how using it as a filter would have impacted my past results. Not usually a fan of indicators.

194 13
I really like the idea of trading vertical spreads.
K

916 107
Nice thread thanks, I kinda skimmed through it today. It seems you are up on your initial capital but I'm not sure. I was liking the weekly review but you stopped doing it.
Reactions: Chad Seven

I am up just over £12,000 since March. That represents an return of ~50%. Admittedly I am trading too a big a position size so how sustainable that is remains to be seen. 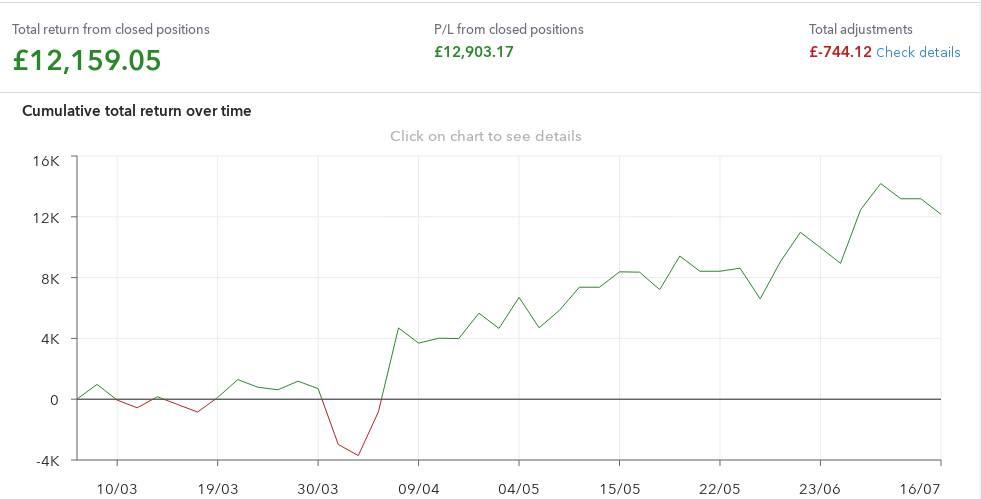 Chad Seven said:
Thanks for the comment. I moved to monthly reviews .

I am up just over £12,000 since March. That represents an return of ~50%. Admittedly I am trading too a big a position size so how sustainable that is remains to be seen.

194 13
Interesting to note that the circled period of drawdown is the infamous Gasoline stop widening incident which seems to have been a game changer as I have been profitable since. 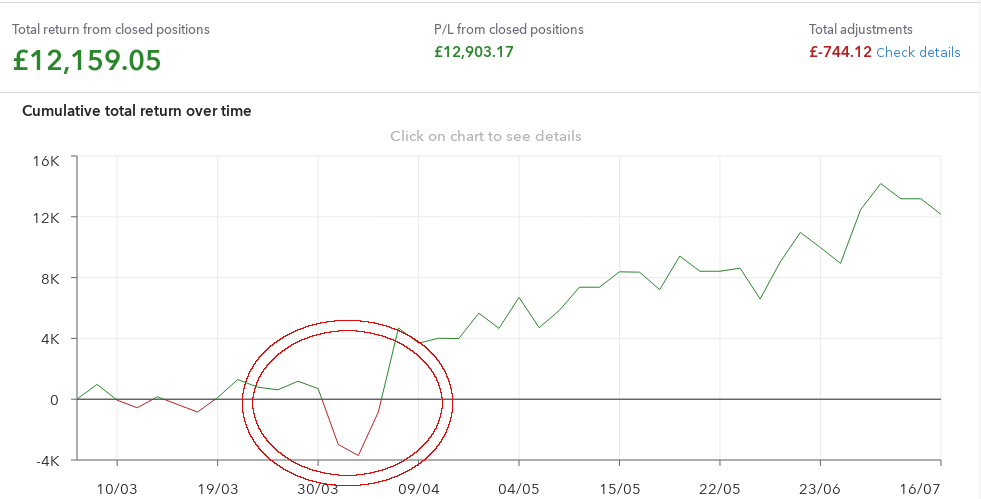 Stopped out. I didn't think the first circled spike was a sufficient reason to forgo the trade. I was wrong.