Will Bitcoin continue to rise?

18 4
Like QE, tether printing is not working as well the next time around. If you look at the current market cap we have had 1 billion added to tether just since May.
It is not exactly tough to understand the motives to liquidate BTC about $11k if you have a large position. The higher it goes the more motivation there is to liquidate at this point.
I am mostly interested to see how crypto prices when we are not at full employment in the US and a global downturn. The timing of the business cycle was just right for crypto to get off the ground with BTC starting almost exactly during the crisis market lows and then getting the longest historical expansion to gain steam and investment. At this point though we need to see who is swimming naked when the tide goes out. There will be great investment opportunities long term when that happens.
You have to be insane IMO to invest in anything with the word "blockchain" attached to it right now though. There will be great buying opportunities in the next few years but right now almost anything related to blockchain has to be overpriced.

Bradtex said:
I love the idea and blockchain is great but I just don't see how Govts in long run will allow anonymous payments. I won't have long term investment in anything that the Govt is threatened by.
Click to expand...

You are absolutely right in my opinion. But I also think that BTC has a lot of space to grow as a niche thing before it gets shut down if it ever gets shot down. So for the upcoming couple of years, it could still be a profitable investment.
C

60 7
I can't exactly get when Bitcoin rises. In my opinion it's safe to save your money at this cryptocurrency. Especially that now there are many assets for making financial operations. I thnk Bitcoin value rises year after year cause of less volume of it on the market. All we know that new Bitcoins won't be additionally produced so that's logically that the price will be just higher and higher. Also cryptocurrencies are helpful for making payment with small transactional costs. And people started to use it more actively. It definitely increases its cost.
C

5 0
The world's largest cryptocurrency by market capitalization climbed after data provider CoinMarketCap showed a sudden jump in the supply of stablecoin tether (USDT).

It remains unclear, then, exactly why bitcoin jumped late Monday. Talks surrounding BTC’s use case as a safe haven asset are dominating investor channels amid the backdrop of the Iran/US tensions that have been ongoing since Jan. 3.

NVP said:
Is anyone actually trading bitcoin or is everyone’s just selling ebooks and courses ?


Anybody messes with NVP gots to go thru' ME first. 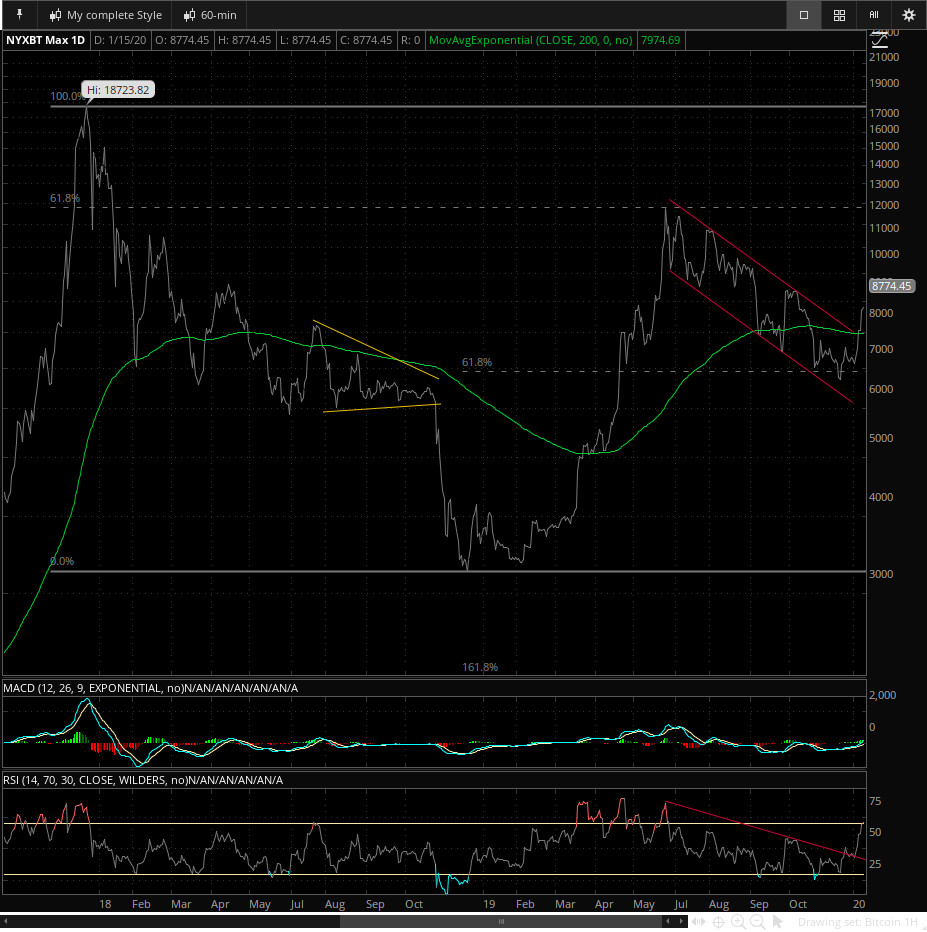