You are using an out of date browser. It may not display this or other websites correctly.
You should upgrade or use an alternative browser.
B

I am going to be starting a journal for the real money trades based on a strategy I have been backtesting to see if it works in reality.

As this is a test I will be trading this on the Micro E-mini S&P 500 September Contract.

Rules for the strategy are as follows:

1) If the price of the S&P drops below or above the VWAP and reaches 1 standard deviation then 1 contract is bought or sold with no stop loss and a profit target of the VWAP.

2) If the price continues to move away from the VWAP then another contract is added for the 2nd standard deviation and the profit target then moves to the first deviation of the VWAP as opposed to the VWAP itself.

3) If the price continues further and reaches the 3rd deviation then another contract is added with a t/p at Scratch for the trade at this point a stop loss is added of 2 ATR based upon a 15 min chart away from the entry price. This is the worst case scenario.

4) Never trade before or after a major news event. I am not looking to trade fundamentals just probability based on the price.

I trade via Interactive Brokers and pay 25 cent per side per contract in commissions that I will factor into the data.
B 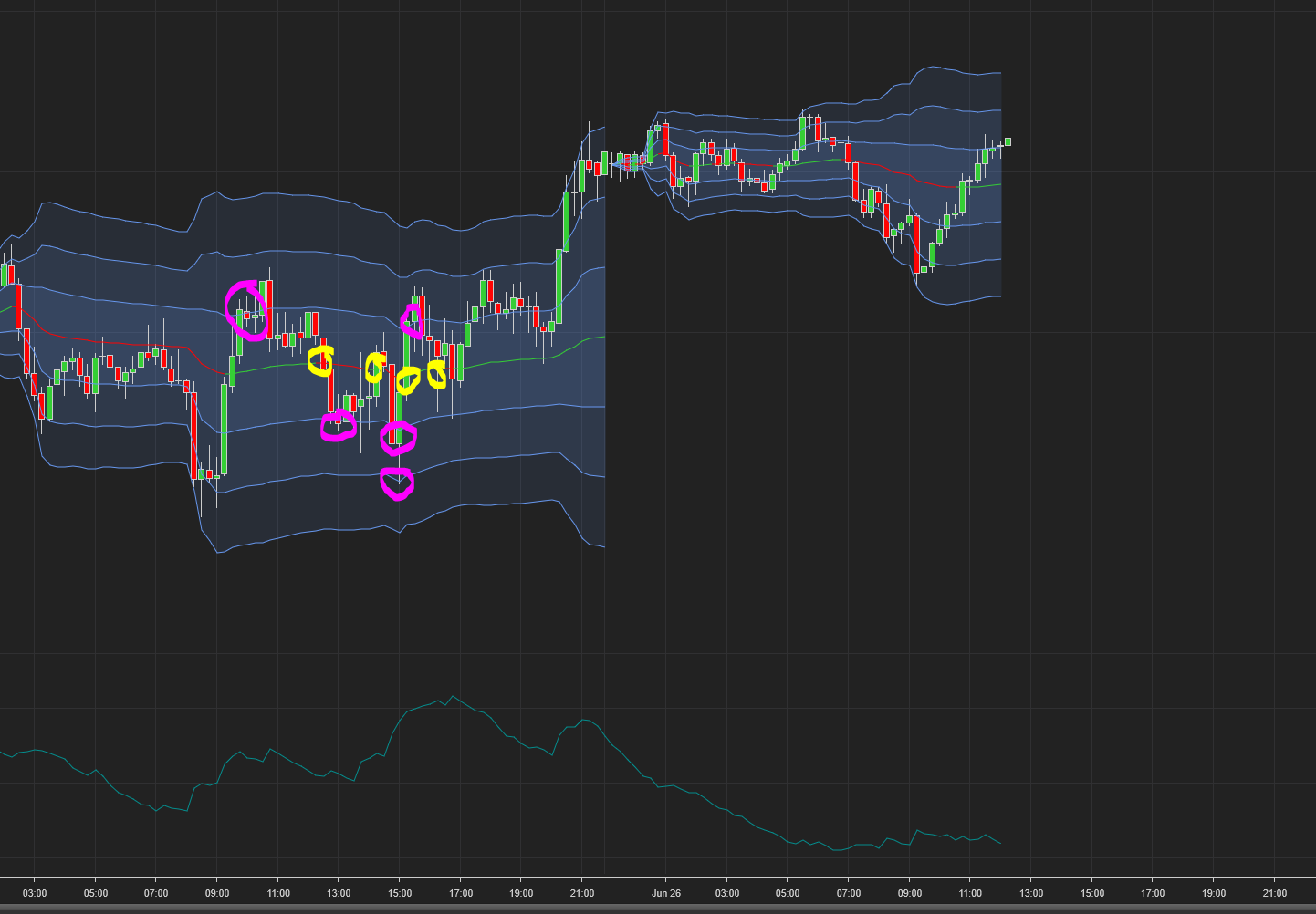 Entry signals in pink and exit in yellow

Moderator
8,658 984
1SD is a little too close to VWAP in my view although it is a long time since using VWAP as an approach, I always found 2SD a better option to take a trade.
B

Trader333 said:
1SD is a little too close to VWAP in my view although it is a long time since using VWAP as an approach, I always found 2SD a better option to take a trade.
Click to expand...

Thanks for the input, I will post the results warts n'all and can tweak the strat as the results come through.
B

51 5
So today's trading ended the day with 2 winners and one losing trade total profit net of commissions was $28.11. It does not seem like a lot but the goal is if this strategy works in reality is to scale it up to multiple contracts on the ES. Naturally that is a lot of capital at risk hence the need to trial it on the micros initially.

Some observations taken away from today:

Starting the trade at the 2nd standard deviation as suggested by Trader333 would of netted an additional $12 in profit whilst taking on substantially less risk. Definitely taken this advice on board and may tweak the strategy if there continues to be a benefit to it.

Furthermore on today's trading had the t/p remained at the VWAP rather than moving to the 1st Deviation when the 2nd contract was taken would of also produced substantially larger profits.

I have dropped my chart down to 5 minutes to see the entries easier. 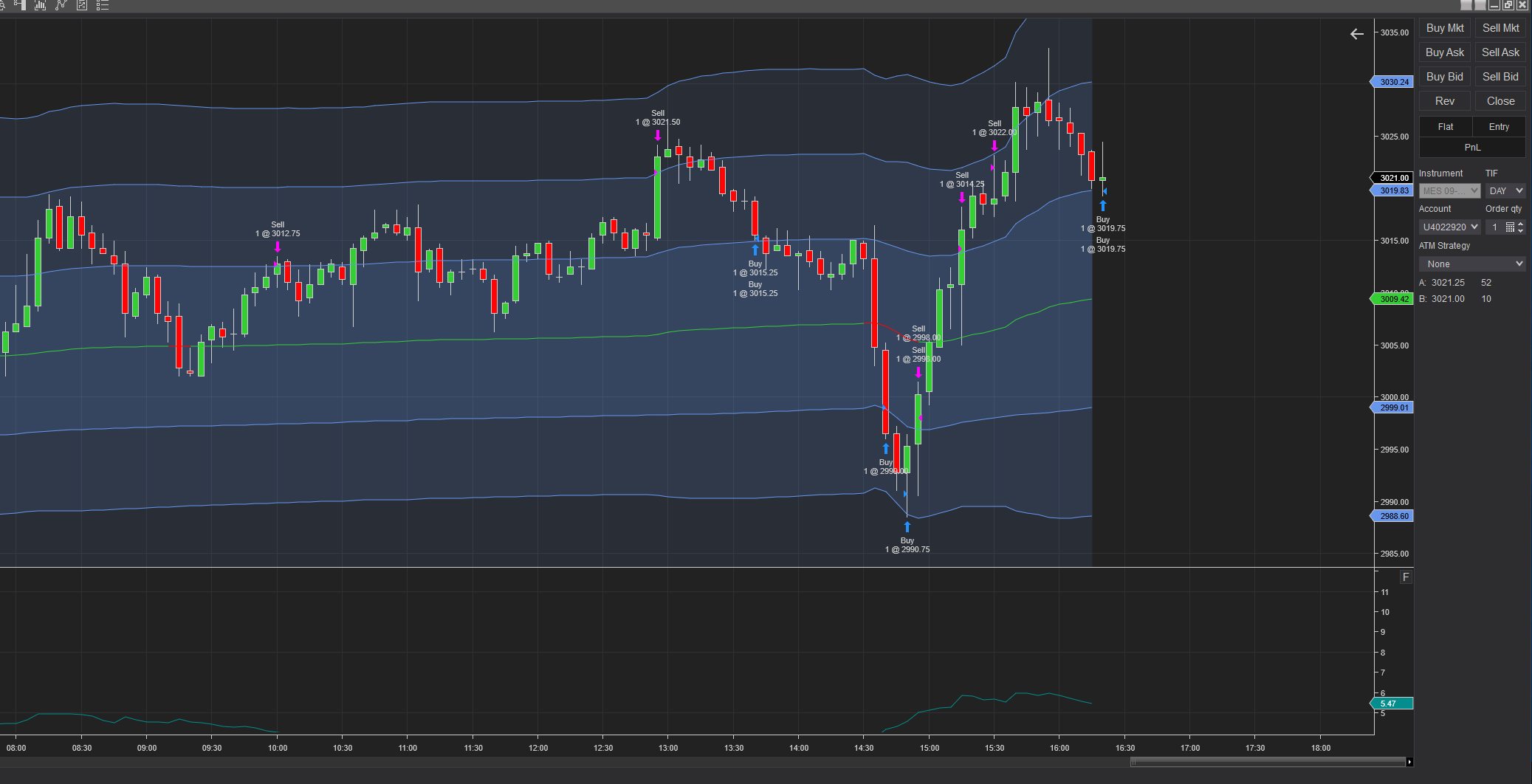 P/L for the day inc commissions

Moderator
8,658 984
Nice trading and there is value in trying to determine the likely trading direction on any given day. So by that I mean trying to get an idea if the market is trending, range bound or whipsawing. If it is trending (say upwards) then taking a VWAP trade at the lower VWAP bands to go long increases the likely success of the trade and vice versa. Personally, I would avoid taking a counter trend trade on trending days. Range bound trading (which is what you appear to have done today) is great for this strategy at 2SD. Whipsawing markets are a little more complex as you can be waiting a long time to get any real movement and then find that you are in a trade that is taking forever to play out. When I was using this approach I avoided trading on days that whipsawed when I viewed the market action to be of that nature. Of course things can always change in any market and what you determine to be a trending day may turn out to anything but etc. Patience is key in all of this and not feeling that you have to trade even if it takes a few days to get the right set up.
B

Do you have any set parameters to help define the trading type I mean range / trend should be obvious enough but how do you define a whipsaw as opposed to range for example ?
B

51 5
So today's trading is finished for the day. 1 win and a scratch trade. The figures are slightly skewed today as it includes a loss from a different strategy which of course needs to not be factored into this strategy.

I also moved the entry to the 2nd & 3rd deviation. 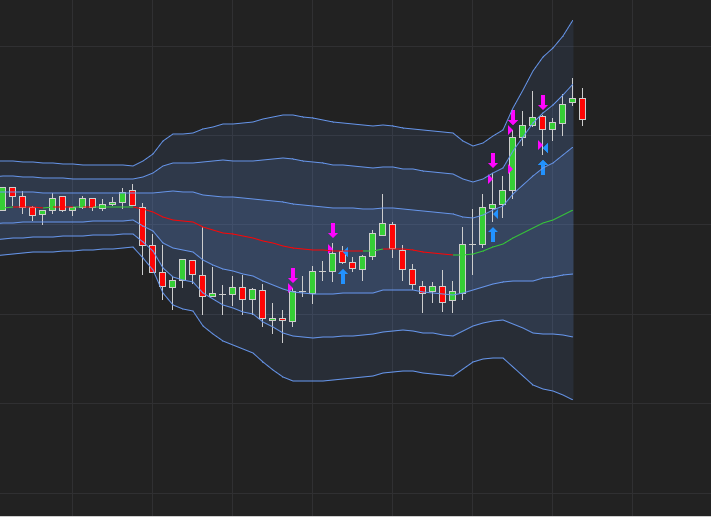 51 5
So today's trading has came to an end. A funny day in the end, two winners and a loser. The losing trade was frustrating as the 2 ATR stop was hit, had that been left to run it would of been a big winner.

Entries start at the 2nd SD of the VWAP as discussed above, but have decided to hold out for price to hit the VWAP moving forward.

After today the first week of testing this strategy has so far resulted in a profit of $68.89 after commissions trading a maximum of 3 contracts on the Micro's.

Please ignore the Cineworld buy that is a long term investment 2-5 years and I have been added to my position in that it us not anything related to this strategy whatsoever.

51 5
No trading today on this strategy today. Waited all day but followed the rules and ignored the strategy an hour before NFP.

Did take one trade on an unrelated strategy that was a $225 loser which was frustrating but not related to this VWAP strategy I am testing.
B

Do you have any set parameters to help define the trading type I mean range / trend should be obvious enough but how do you define a whipsaw as opposed to range for example ?
Click to expand...

I used it on US markets and whilst you can never be sure quite what the market conditions are for any given day, I would wait for at least 20 mins after the open. So at around 9.50 EST I would do a visual check of a chart of the key indices such as S&P500 or even DJIA and see if anything was clearly in play. As you say trending is easy enough to see and for range bound you would likely see markets start to reverse a little at that time. Whipsaw was where no real movment had been made either up or down. It is quite a long time ago now but I will see if I can remember what else I used as I know things such as MACCI was useful for entry and especially when used on mutiple time-frames.
Reactions: bluebellmk
B

51 5
Well today has been a rather boring day. Waited patiently since 10am this morning but price has not touched the 2nd deviation once.

So unfortunately no trades.

51 5
So we managed to take one trade today on this strategy which was a winner from the 2nd to the 1st Deviation. If I had held to the VWAP the profits would of been doubled. I decided to get out at the 1st deviation as the trend for the day did appear bearish.

Having backtested this on demo and then on the micros I will probably move this strategy onto the mini ES after the end of next week. I need to change brokers however as Interactive make you stump up the full overnight margin as required by the CME so this will cause my other profitable strategies to take a backfoot which I am not happy to do.

Going to be looking at AMP as apparently their day trading margin is only $400 on the ES as opposed to $12000 with IB.

51 5
First losing day today since testing the strategy in a live environment. Two trades in total with one being a winner and the loser being slightly larger.

My plan is to start this on the full ES in a week or so, I will start the strategy with $25,000 allowing two contracts to be purchased on the Emini 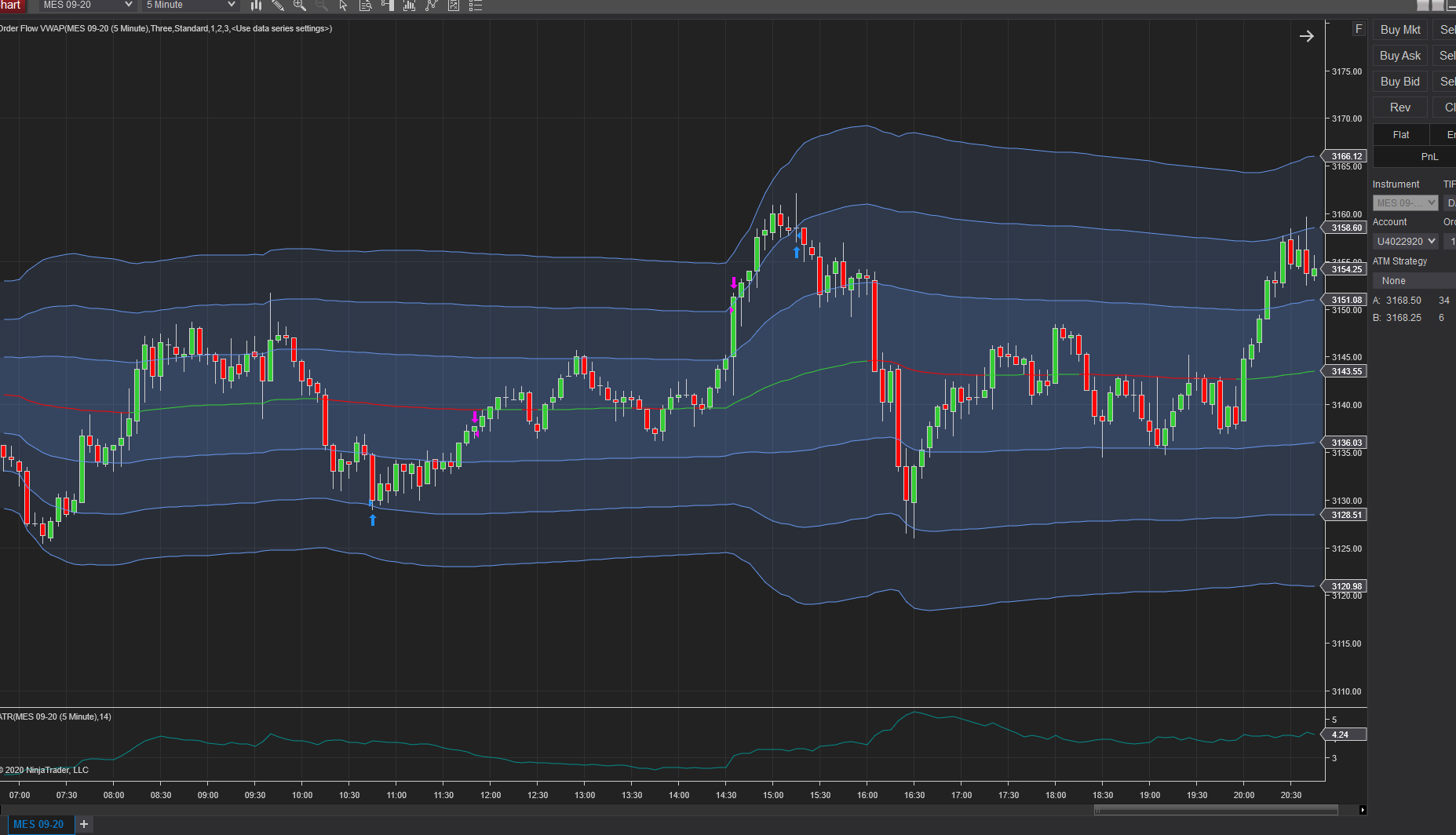 F
New to t2w, been on the market for a few years. Ciao