Goldie 1H ............. TA item #2 ........... Wave count & therefore Wave projection: (everybody reading this should ignore it because Elliottwave guys screwed it up for the rest of us by being always wrong and doing it with alternates = weirdos)

The Wave A down is an obvious 3-wave move and the wave B thereafter is an obvious triangle. Therefore what must follow is a C-wave down. Which we have. OK, so now what? The minimum requirement for Wave C down has been met by the wave hitting the 61.8% level. Wave C can continue down to the next stations shown at 100%, 161.8% and so on.

If/when Goldie drops below the current low, I will move the catastrophic STOP down to an ordinary Stop just above the current rally High, thus ensuring even more profit for this trade.

Goldie on monthly time frame from 2001 low to 2011 high, i.e. 10 yr bull run whose correction had everybody confused like crazy (except Fibo) corrected to where? Why of course the 50% retracement level. YAWN! Then it rallied, right? From the December 2015 low thru' sideways stuff confusing everybody even more (except for fibo). Why didn't she confuse Fibo? Becasue the first after rebounding from 50% was the very next level higher, 38.2%. Sooooooooooooo predictable!!! Yawn!

But wait, it gets better. Where did she continue to rally to? Why of course the next higher monthly fibo = 23.6%, which is whre our current failure of rally occurred. YAWN!

The above applies to monthly = an overview = big picture = not missing the forest for the trees.

The only time anybody at T2W has looked at a monthly chart is in a previous lifetime.

3,509 72
Kindergarten level: is the Extension grid, so simple, needs no explanation. Goldie has arrived at the Golden Ratio of 161.8%. Break this level and we are going down toward or to 261.8%

Say what? You know what's going to happen. Everyone is asleep at the wheel while Fibo cranks it out.

God do I love it so!

Hahahahahah, its only Monday afternoon and I'm already drunker than a skunk and p******* out for the week

God bless Hillary and Billy Clinton for bringing this track into the United States. Made my century!!!!! Creole lovers will enjoy.

3,509 72
pardon me, wtf knows but maybe one or 2 have cognited on the Golden Ratio at T2L If nobody has, so what, jsut another day in LaLaLand

The Fibrous One never argues at the Golden Ratio. If Goldie shows she is going to GR's sister at 261.8%, boom, I'm back in the short, a new one in a jiffy. 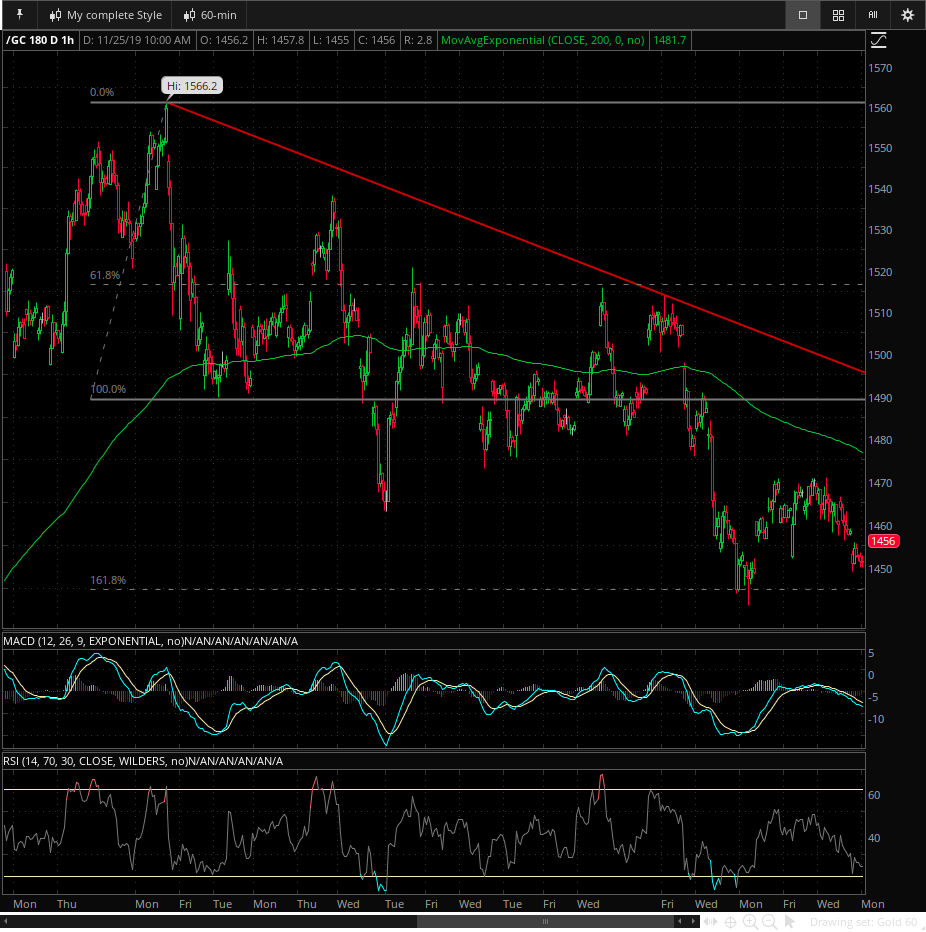 3,509 72
new_trader & malaguti should go to Church and pray to whichever God, even Mammon if such is their taste ...... that my chart is wrong. Why? Because I do RATIOS and the USD/Goldie has apparently ended its long-term downtrend since 1970s when President Nixon fc**everything up by taking us off the gold standard. Its a monthly chart so keep that in mind, stuff is not going to happen in a day or week.

Safest thing to do w.r.t. this weird stuff going on with Gold where every expert from here to Australia including China, Russia and all sorts of chumps are calling for the death of the dollar and gold to go to 100k

They free fall on their asses when I point out to them that gold should already have gone to 600k, given that the Dow JOnes cannot stand up strsight on his legs and needs regular shots of heroin from the FEDERAL RESERVE lowering interest rates and blasting more QE 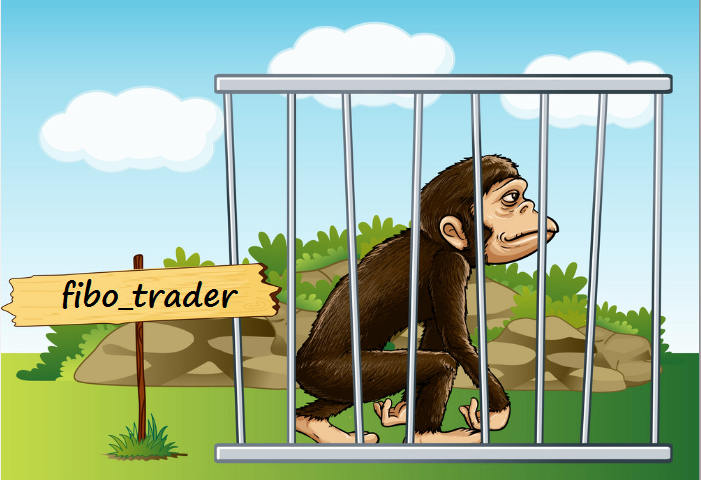 
Central banks are buying up a storm of Gold. This causes the general public (Herd) to believe Gold is going to the moon. But here's the thing: the cognoscenti already know that when the government gets involved they are always wrong and always fck it up. We know this from almost everything the govt. touches.

So why should Central Banks be any different? they aren't. they are the HERD. When you hear they are buying up a storm, get ready to dump your gold

(1)
Look how dumb Britain is:
From 1999-2002, Great Britain sold about half of its gold reserves. But guess what happened after the sales? Yes, gold began its parabolic climb from just below $300 an ounce to over $1,900 within nine years. In fact, that bottom in gold became dubbed the "Brown Bottom," named after Gordon Brown, the U.K. chancellor of the exchequer, who made the decision to sell the gold at that time.

(3)
Central banks + Venezuela + experts dumping gold around end of 2015 like crazy
bull market in Gold got underway almost right after that, once again proving they are always on the wrong side of the trend at major turns.


Smart money, my ass, governments are the dumb money usually the last actors within a sentiment trend. Think about it. Aren't governments enacting new laws to protect investors at the end of bear markets — after all the damage has already been done? So, it is not unreasonable to believe that governments would be the last sellers to the market to conclude a bear market. Moreover, it is common to see them as buyers when markets are near some form of high . This means that these sons of bit*ches are always wrong at major turns.

This is the precise reason why FIBO watches for this aspect of fundamental analysis, namely the so called smart Money Central Bankers - then I do the opposite as soon as I get a good TA signal.

3,509 72
goldmeter correlation to Central bank actions is therefore when you see stuff like "central banks are going crazy buying gold" ...... get ready to SELL as such clowns are telling you its a TOP. Opposite, when they are dumping like crazy, get ready to Buy.

I found my thrill on Blueberry Hill

but success is what we are all mainly here for (i hope).....to push the boundaries of our own abilities and to certainly look at what sucessful traders are doing and more importantly thinking ....

anyway the FXCorrelator is a simple indicator ..........and i recommend using it like a blunt instrument .....

generally is i see the violet (base Gold) siting as alpha currency above or below the zero it means gold is creaming the G8 for trend ....in effect traders are moving to / from gold vs the Fiat currencies..........

so if is see this happening and also that greenback is on OPPOSITE side of the zero line to gold ....i take a lot of interest and start looking to trade its move ...

NVP said:
FT's approach stimulates a lot of thought and discussion I hope at T2win .......if he wasnt batting 37/37 and was only an average joe here he would have been toast long ago ....

but success is what we are all mainly here for (i hope).....to push the boundaries of our own abilities and to certainly look at what sucessful traders are doing and more importantly thinking ....

anyway the FXCorrelator is a simple indicator ..........and i recommend using it like a blunt instrument .....

generally is i see the violet (base Gold) siting as alpha currency above or below the zero it means gold is creaming the G8 for trend ....in effect traders are moving to / from gold vs the Fiat currencies..........

so if is see this happening and also that greenback is on OPPOSITE side of the zero line to gold ....i take a lot of interest and start looking to trade its move ...

3,509 72
deferring to NVP, as his correlation Indicators are being studied as we speak but need more time. So in the meantime I gots to go with the correlations stuff that I know and use and use all the time and rarely lose. Been applying this stuff for years and never have been wrong in moving my money into the right currency NOT FROM A TRADING PERSPECTIVE, rather from living, investing, traveling and helping others in my expat life. for example there is a huge difference in getting 45 Baht to the dollar compared to just a mere 30.

this is a game at which I excel, nobody comes close to fibo. Its a practical experience game in real life outside of trading. Talk about buying property in a foreign country using my techniques of trading knowledge in currencies and real estate. Believe me guys, there is no way to estimate what a beautiful poor girl from a poor family feels when she becomes the proud owner of a house on a fine piece of land and its all in her name 100%, a gift from Fibo - its converted into a HOME at such breakneck speed as to drop Fibo to his knees in awe and admiration for such depth of godgiven female talent. When invited to dinner, the HOME is so comfortable that fibo can drop unconscious on the couch in PEACE and quiet

When for example the Thai Baht is strong, the correlation to the thai stock market is so high that stocks just fly. Fibo nails the stock market good. then after the bull run when the major correction begins, Fibo takes massive stock market profits and dig this, coverts the profits in strong Baht to weak dollars if I want to and send it back to the US if I choose to do so to help some individuals with their bills and whatnot. Vice versa in a stock bear market.