Treasury Secretary Janet Yellen admitted that she'd been wrong about inflation, the precise thing that as a former chair of the Federal Reserve she would be expected to understand and anticipate. She should have subscribed to @new_trader journal!

Treasury Secretary Janet Yellen admits she was 'wrong' about inflation

U.S. Treasury Secretary Janet Yellen said she was wrong about how severe inflation would be. In an interview with CNN, Yellen was shown previous remarks she'd made last year where she indicated there would only be a "small risk" of inflation, and that it would be "manageable." In response, Yellen said, "Well, look, I think I was wrong then about the path that inflation would take." 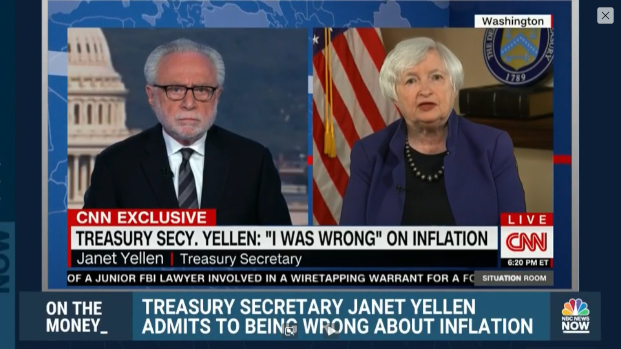