I've followed US indices for a long time now as it's convenient for me to trade in the evenings/afternoons due to the time zone differences.

Never really looked into the European indices much, but it's never too late to learn a new market.

Curious if anyone here could offer an input on US indices vs Europe? Meaning - do indices typically move in the same fashion or are there substantial differences? Is there any kind of lead/lag relationship between say ES and indices in Europe?

A price chart adjusted for dividends and splits with symbols for country-specific ETFs shows they mostly move in similar directions. 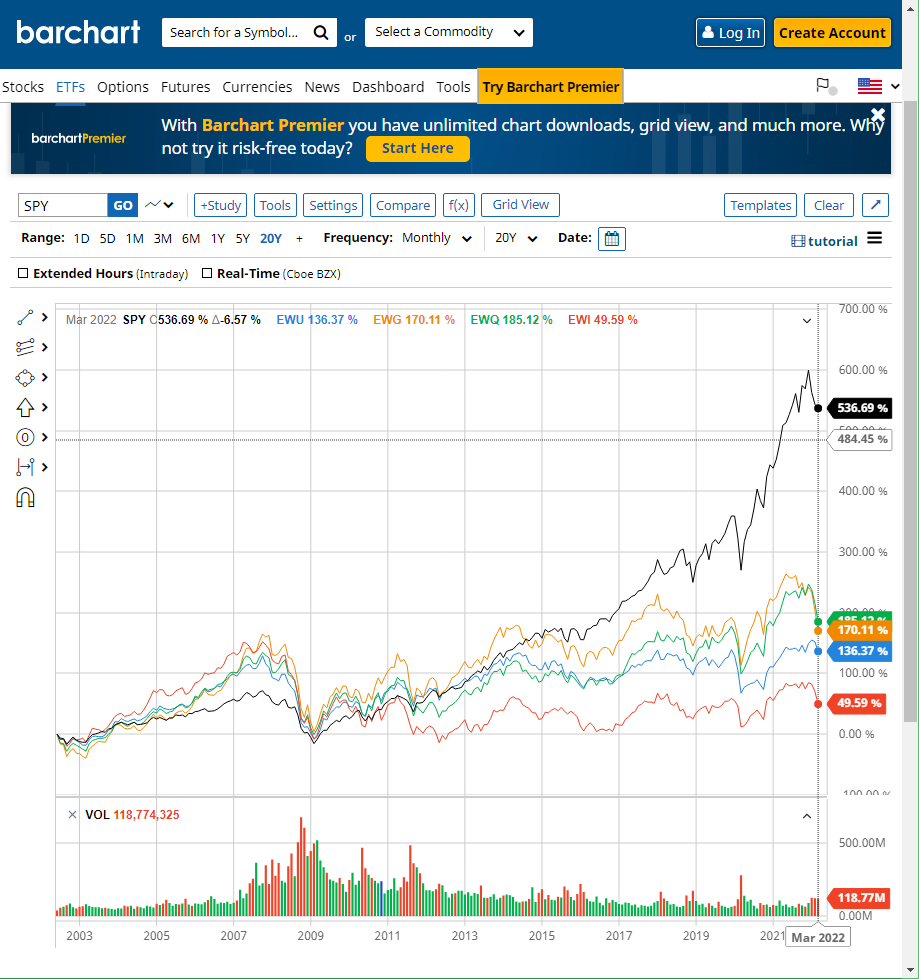 Their correlations are fairly high. 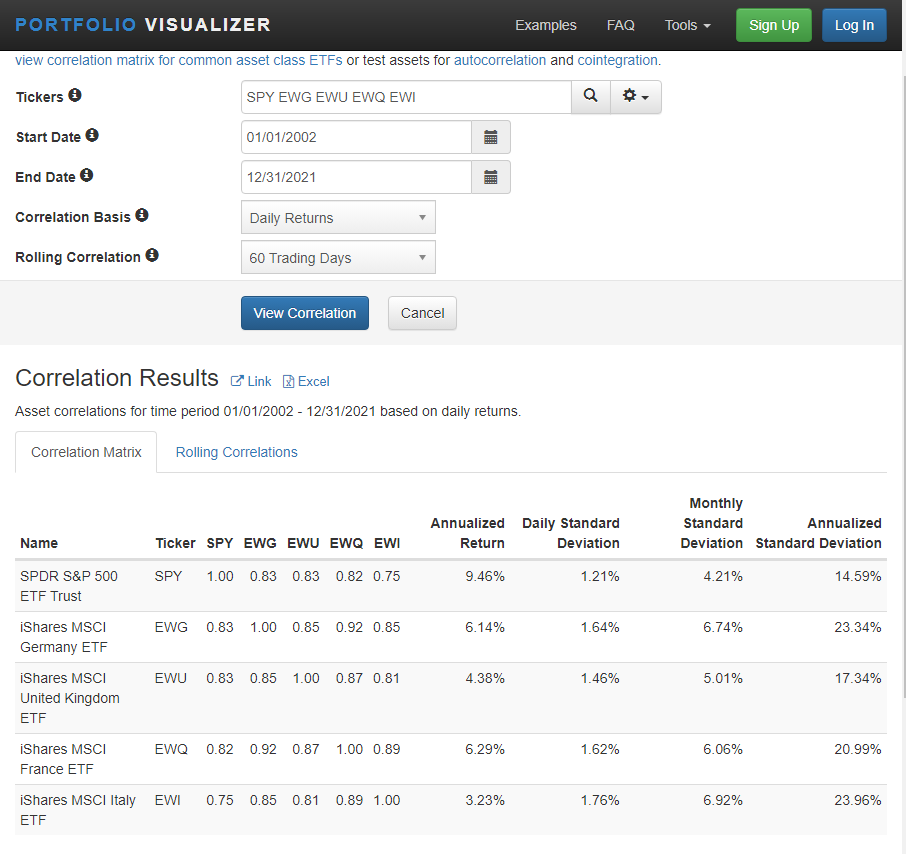 But correlations can be low sometimes. 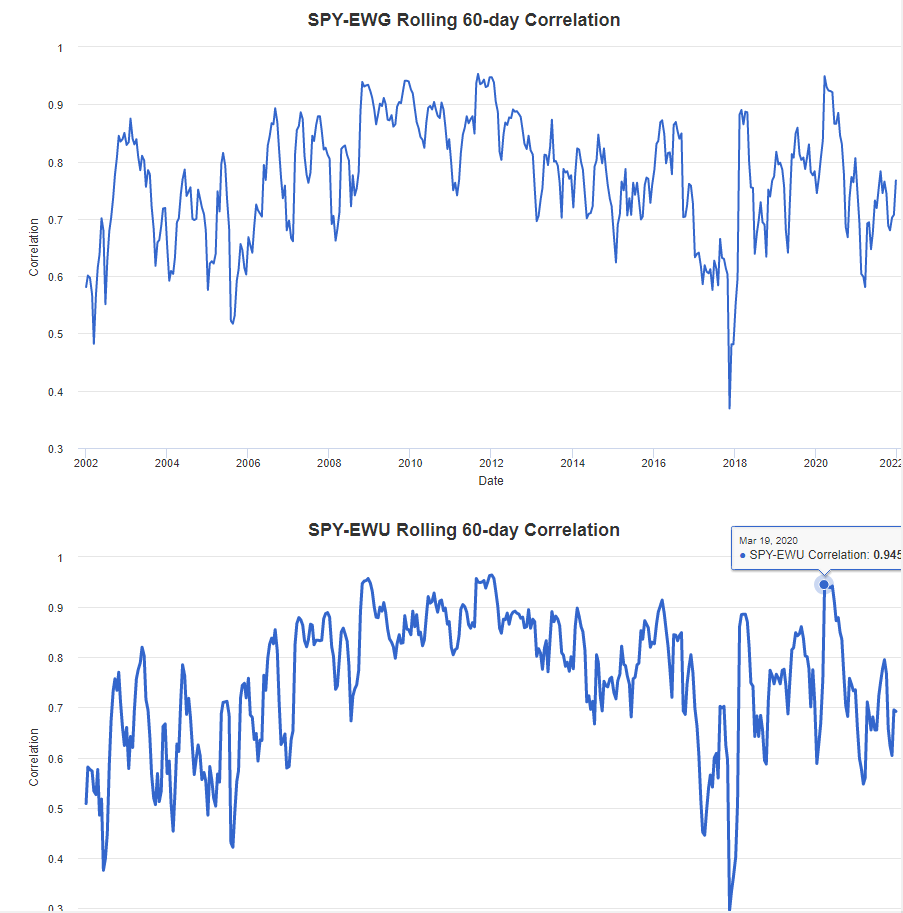 It might not catch the more subtle differences between how indexes move intraday, though.

Part of my motivation for asking is that some have said that ES is the hardest instrument to trade. If that is true it should follow that there are instruments which are easier to trade.

One trader I spoke with actually told me how he failed massively with ES, but found his success in FGBL. A much different market.

As an ES trader one of the things I can confirm is that it can be a bit noisy and "spikey" at times with a ton of mean-reversion. I imagine this is so because it's so heavily traded and subject to hedging activities.

The easiest market to trade would be one with clear and beautiful trends.

As I'm from Norway I've been a bit interested in exploring Swedish index futures which as far as I can tell are very liquid. Norwegian index futures ain't an option as the liquidity just ain't there.

No idea which market is easier to trade. But since 2010 EU50 vs US500 is a PERFECT spread/pair-trade.
From Leakey you can see this spread can be played with almost any major European country-index.