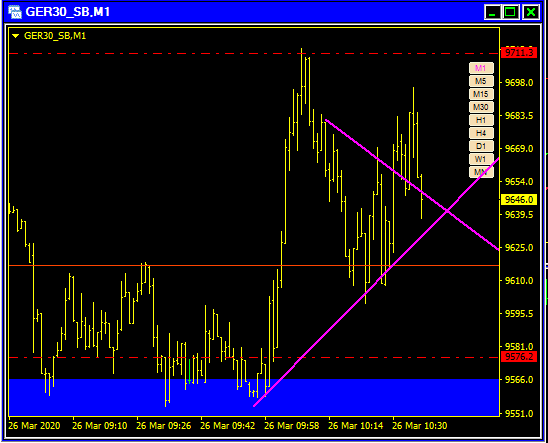 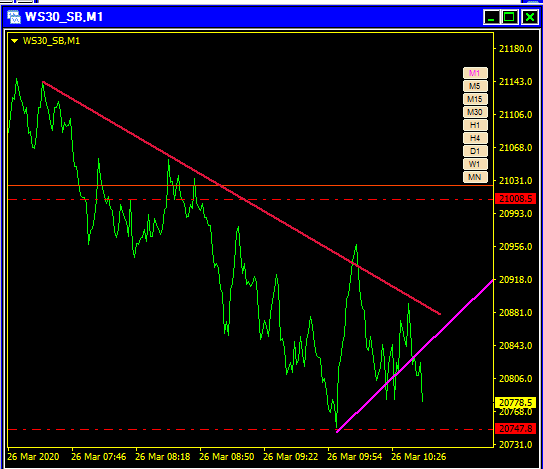 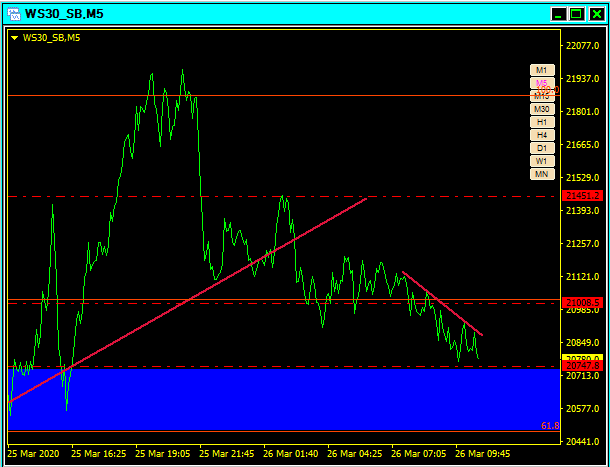 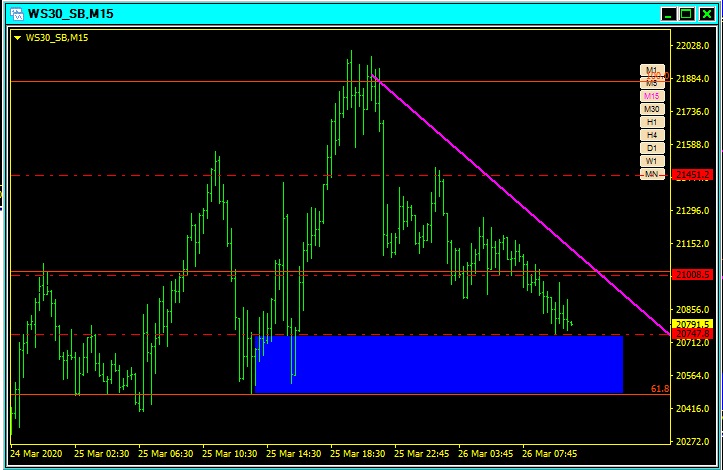 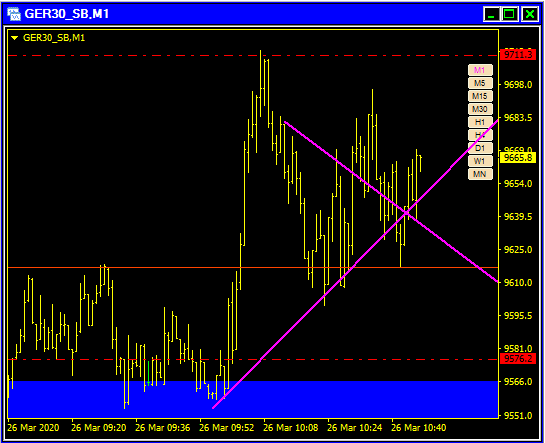 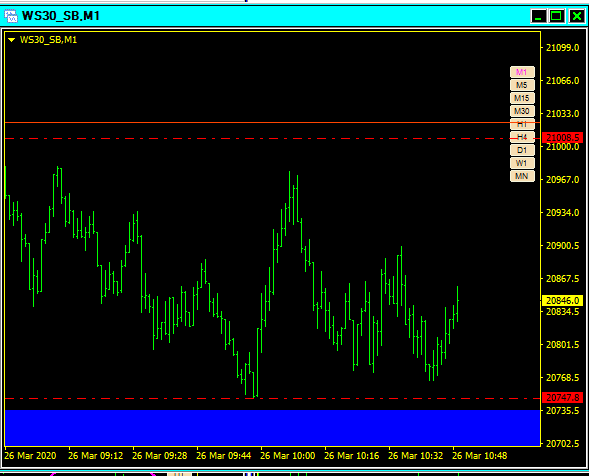 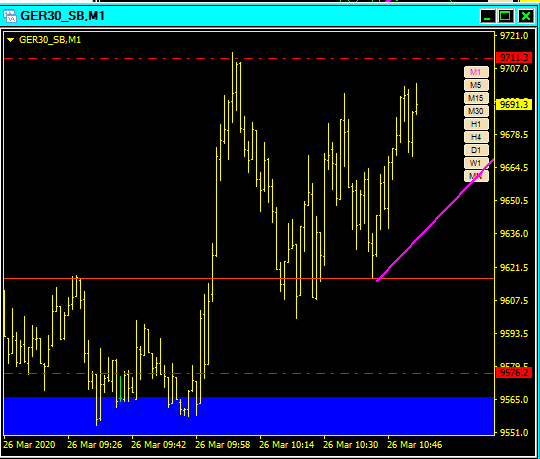 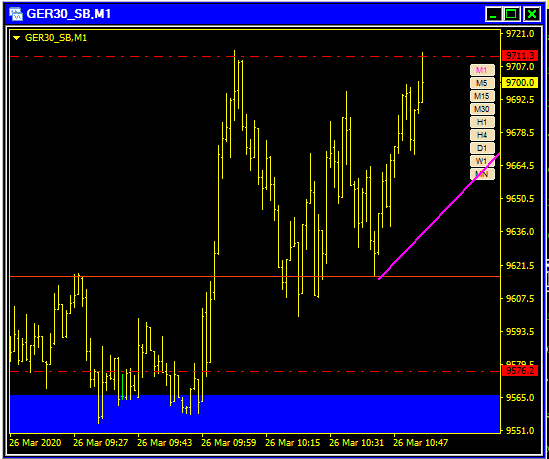 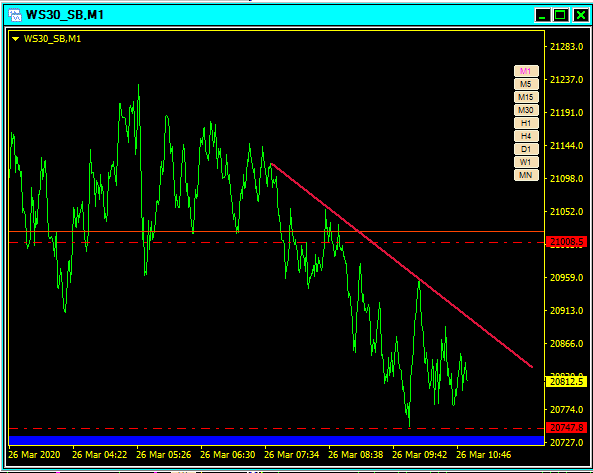 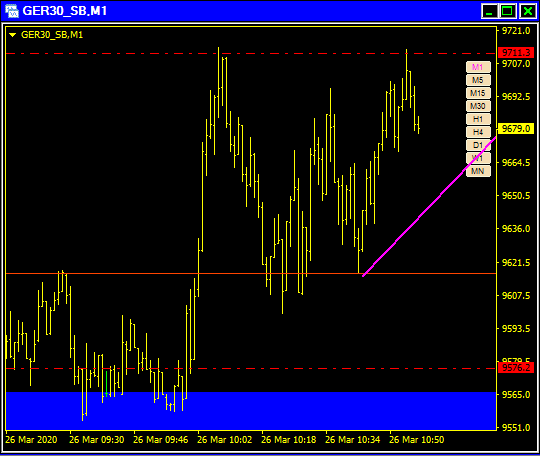 - Asia/Euro data; better or worse than forecast an irrelevance given high
probability of further deterioration, but still sighting shots on scale
of economic meltdown

There is a very busy schedule of data today, but in principle this reduces down to just two perhaps three items - the overnight Singapore advance Q1 GDP estimate and US weekly jobless claims, and perhaps Germany's GfK Consumer Confidence, with the UK Retail Sales data not really capturing any of the recent 'hoarding' frenzy. Markets continue to struggle to again any positive traction, regardless of whatever is thrown at them from central banks or indeed fiscal measures, the latter more advisedly due to the prospect of an unprecedented surge in govt issuance, and in both cases as whatever is thrown at them, the economic shock from Covid-19 will be extraordinarily far reaching and claim many victims in the business sector. It is worth noting that the evidence from the US long bond market in terms of current bid/offer spreads underlines the lack of any depth, and total lack of liquidity - take a look at the attached snapshot of 'live' long bond prices from yesterday afternoon, with price spreads of 1.5 points in many cases, which would at worst be a 1/4 point in less volatile times. Equally yesterday's recovery (tightening) in HY All and HY Energy sector credit spreads looks abject, when the spread widening year to date is considered. The same applies to the various Volatility metrics.

In terms of the data flow, the principle point is how much worse or in a few cases a little better than forecasts that array of Singapore Q1 GDP, German Consumer Confidence and French Business Confidence were is an irrelevance, they are all likely to deteriorate going forward. However today's anticipated and likely unprecedented US jobless claims surge, for which the median is 1.640 Mln, but where forecasts range from 360K to 4.40 Mln will offer a somewhat arbitrary, but still significant judgement on whether the $2.0 Trln Covid-19 fiscal packages passed by Congress will be adequate. As for the BoE policy meeting, having already thrown the kitchen sink at markets and the financial sector, whatever may be added is rather moot relative to the more critical issue of what the Chancellor of the Exchequer announces to help Britain's 5.0 Mln self-employed, a particularly challenging task given a high number of variables that are very difficult to enumerate, and come up with a plan that is vaguely equitable. 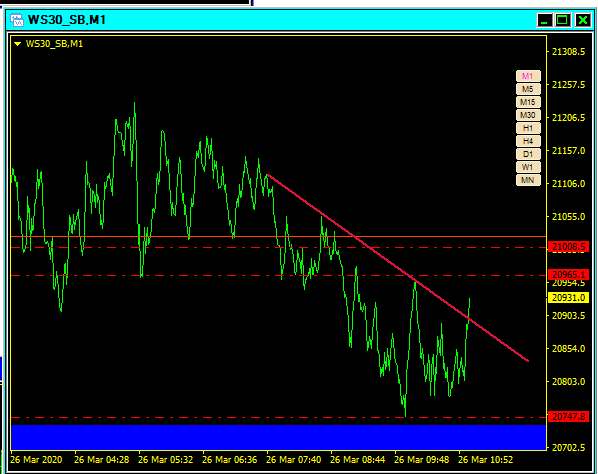 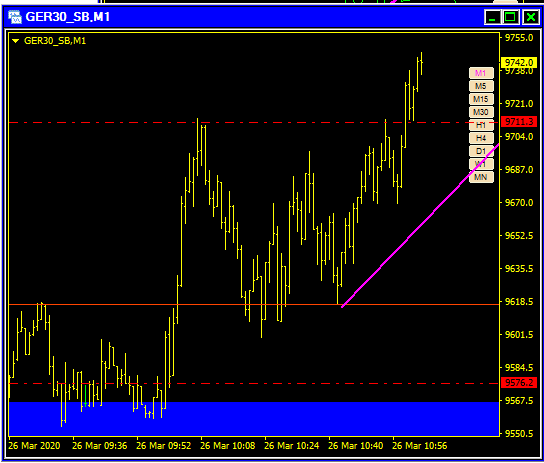 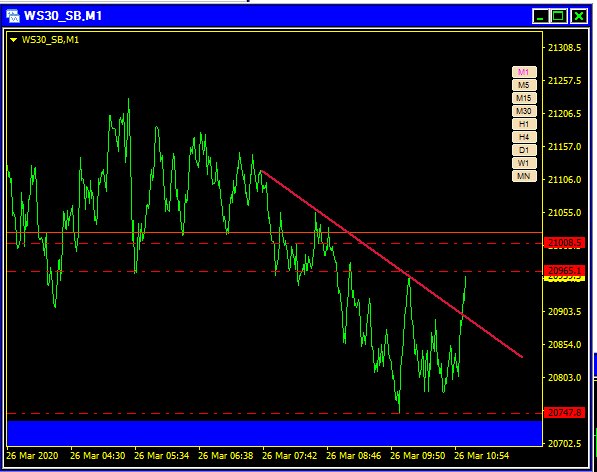 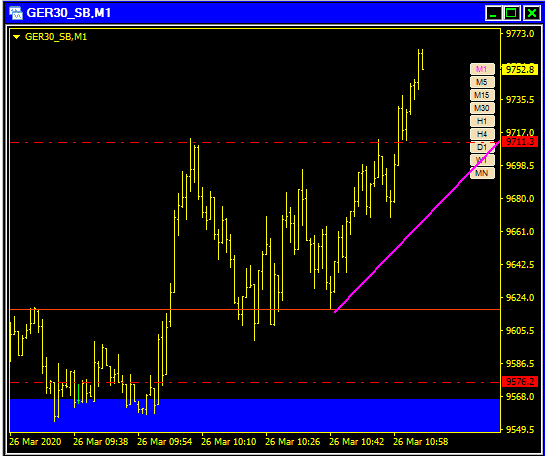