107 15
Amazing.. Call yourself tech and you can blow your baloon as big as you want with hot air because none of the financial rules apply to you.

107 15
The mayor of Wuhan (the epicenter of the virus) advised that 5 million residents of Wuhan had left the province for all parts of China and also to overseas destinations before the lockdown was effected. Bloomberg commentators covering the Asia markets are warning of "market chaos" for the next few weeks. Mon will see 16 of the S&P top companies reporting... it is likely that even if reported figures are good, the market's focus will remain on the possible effects of the coronavirus. China watchers are saying that if China markets were open on Monday, they'd be at least 5% down and warn that by the time they do open, the gap down will be much higher than that. 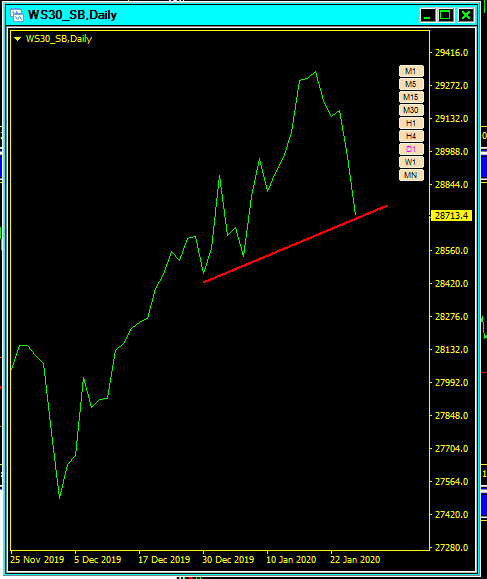 107 15
As expected, EU gapped down substantially on Monday open, DAXmid60 down 1.6% followed by the CAC at -1.4%. US futures gapped down on Asian open and remain down. Markets are now where they were late Dec 2019 having lost all of Jan surge.

Many are comparing current events to SARS times, however, during SARS, the purchasing power of the Chinese consumer was nowhere near where it is now... I guess one could now say that, as far as the retail economy is concerned, when China sneezes, the rest of the world catches a cold. In some countries like Italy, Japan, Thailand, Etc. China represented as much as 40% of the tourist income.
Last edited: Jan 27, 2020 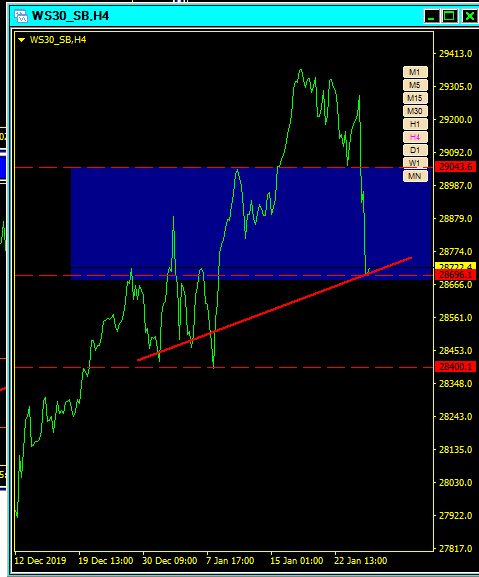 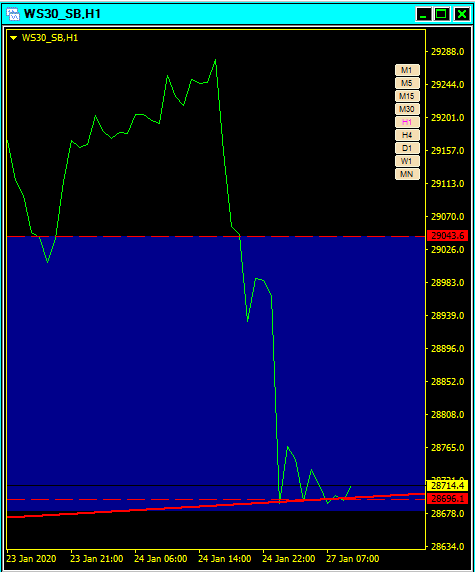 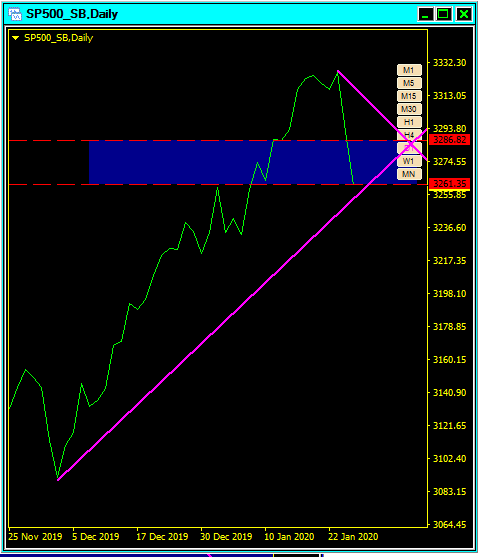 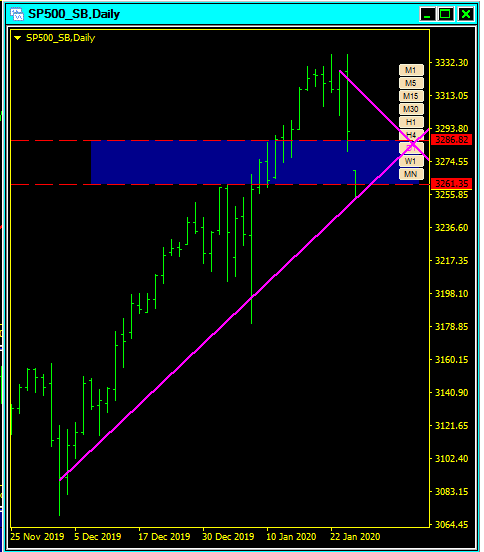 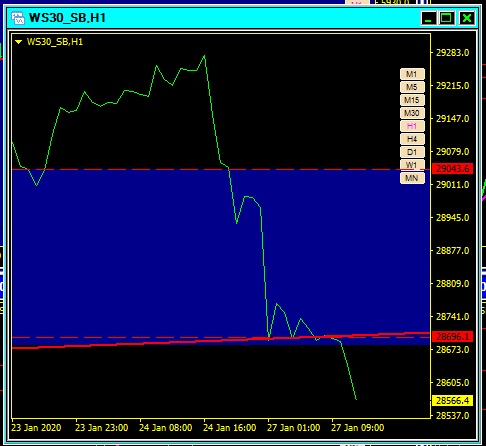 Broke our support..decent signal aswell....very little messing before it broke 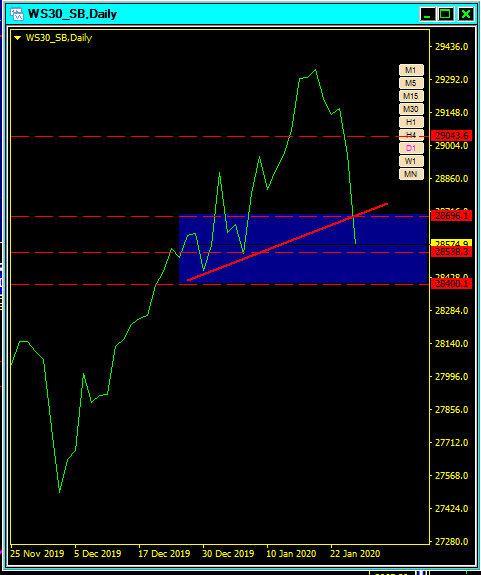 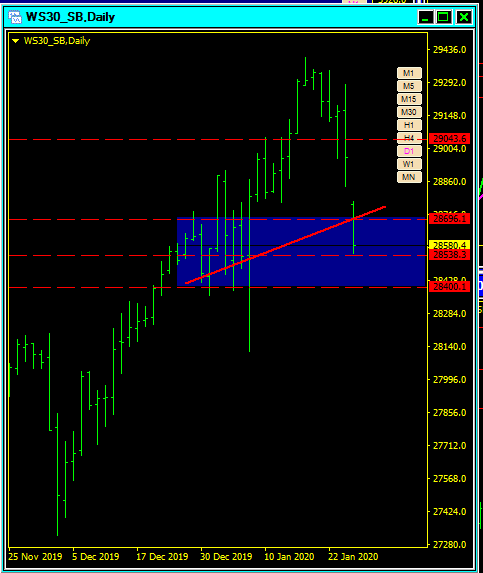 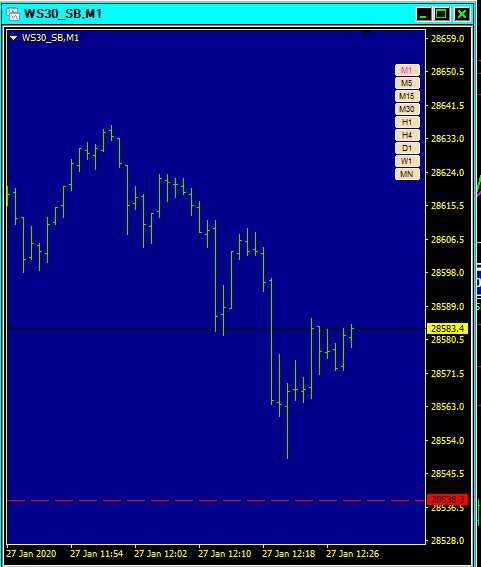 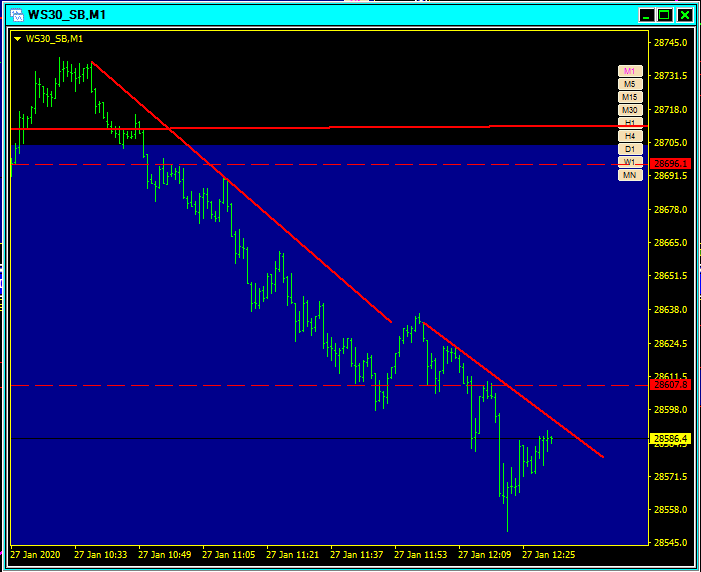