The Famous Italian
It was during his travels with his father that the Italian Leonardo Pisano Fibonnacci picked up the ancient Indian system of nine symbols and some other mathematical skills that would lead to the development of Fibonacci numbers and lines.

One of the Italian’s works, “Libre Abaci” (1202), contained some practical tasks that were related to merchant trade, price calculations and other problems that needed to be solved as a matter of their everyday activities.

An attempt to solve a sum about the propagation ability of rabbits gave birth to the system of numbers that Fibonacci is known for today. A sequence in which each number is the sum of the two numbers that precede it seems to be nature’s underlying principle behind life’s many events and phenomena.

Leonardo Fibonacci also applied his life-inspired theory in conjunction with geometrical constructions. It is this marriage of concepts that continues to be used by traders to help them cash in on their investments

The Enigmatic Legacy
Let us first look more closely at what the Fibonacci numbers are. The Fibonacci sequence is as follows:

This sequence moves toward a certain constant, irrational ratio. In other words, it represents a number with an endless, unpredictable sequence of decimal numbers, which cannot be expressed precisely. For the sake of brevity, let’s quote it as 1.618. At present, the sequence is often referred to as the golden section, or golden average. In algebra, it is commonly indicated by the Greek letter Phi (Phi = 1.618).

As the Fibonacci sequence moves on, each new member will divide the next one, coming closer and closer to the unreachable phi. Fluctuations of the ratio around the value 1.618 for a lesser or greater value can also be seen when using the Elliott wave theory

In many cases, it is believed that humans subconsciously seek out the golden ratio. For example, traders aren’t psychologically comfortable with excessively long trends. Chart analysis has a lot in common with nature, where things that are based on the golden section are beautiful and shapely and things that don’t contain it look ugly and seem suspicious and unnatural. This, in small part, helps to explain why, when the distance from the golden section becomes excessively long, the feeling of an improperly long trend arises.

Fibonacci Trading Tools
There are five types of trading tools that are based on Fibonacci’s discovery: arcs, fans, retracements, extensions and time zones. The lines created by these Fibonacci studies are believed to signal changes in trends as the prices draw near them. 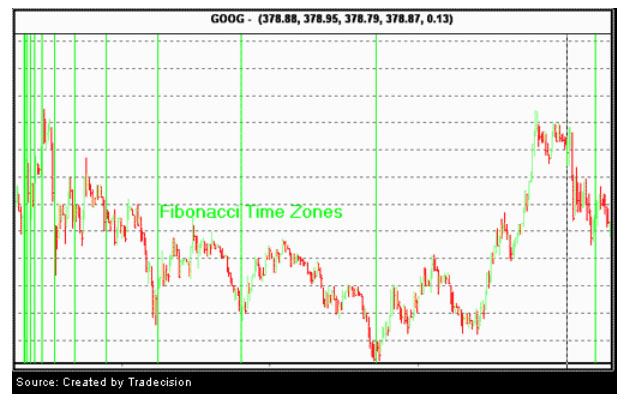 Figure 1: Fibonacci times zones provide general changes in the trend areas in relation to time. Time zones are most appropriate to a long-dated analysis of price variation and are very likely to be of limited value while studying short-dated charts.

How It Works
It is a popular opinion that when correctly applied, the Fibonacci tools can successfully predict market behavior in 70% of cases, especially when a specific price is predicted. Others reckon that computations for multiple retracements are too time-consuming and difficult to use. Perhaps the greatest disadvantage of the Fibonacci method is the complexity of the results for reading and the ensuing inability of many traders to really understand them. In other words, traders should not rely on the Fibonacci levels as compulsory support and resistance levels. In fact, they may actually be levels of psychological comfort as well as another way to look at a chart. The Fibonacci levels, therefore, are a sort of a frame through which traders look at their charts. This frame neither predicts nor contributes anything, but it does influence the trading decisions of thousands of traders.

However, the Fibonacci studies do not provide a magic solution for traders. Rather, they were created by the human mind in an attempt to dispel uncertainty. Therefore, they shouldn’t serve as the basis for one’s trading decisions. Most often, Fibonacci studies work when no real market-driving forces are present in the market. It is obvious that the levels of psychological comfort and the “frame” which they make up and through which the majority of traders look at their charts, are by no means the determining factors in those situations, when more important reasons for the prices’ growth or reduction exist. 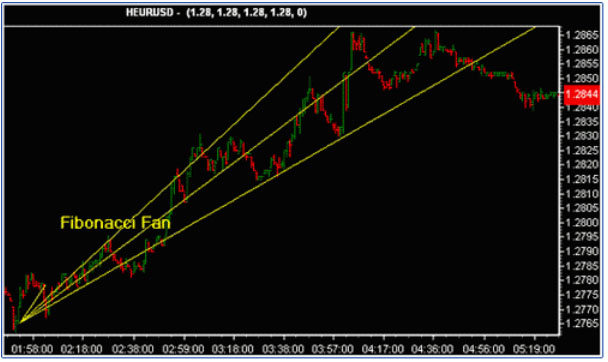 Figure 2: The Fibonacci fan is a three-line guide originating from the Fibonacci number series. It can assist in identifying the next areas of support and resistance. The zones, indicated by the fan, can forecast areas of retraction in market trends.

Of course, golden ratio discovered does hold true in many instances. However, when used by a vast number of traders, the Fibonacci studies themselves may become a very major factor in influencing the market. Most of the time, the Fibonacci studies work due to the cascade effect, which arises because of the huge number of traders artificially creating support and resistance levels.

The market is a complex system and the realization of the true nature of Fibonacci studies as a self-fulfilling prophecy will help you use the tools more efficiently. How? Very simple – it will help you avoid any perilous over-reliance on them.

In Summary
The Fibonacci method should only be used in a combination with other methods, and the results derived should be considered just another point in favor of a decision if they coincide with the results produced by the other methods in the combination.

Dima Vonko is the founder and CEO of Alyuda Research, the company that develops Tradecision trading software (www.tradecision.com) for advanced technical analysis as well as scientific software for data analysis. He invented and designed almost all of the companys products. Mr. Vonko also serves on the Board of Directors of Scorto Corporation, delivering innovative software for banks and large financial institutions. The published article is based on his more than four years experience in providing consulting services, related to technical analysis, use of neural networks, financial forecasting and modeling. Mr. Vonko can be reached at dima.vonko@tradecision.com.

The Value of Price

📈 What Are the 10 Fatal Mistakes Traders Make 📉

Y
How to Find the Most Expensive NFT