Leading Indicators: behold the expertise of FIBO - an ongoing project without End Phenomena

One can always tell a novice miss-goody-2-shoes by their holy demeanor. 99.99% of the folk here are like this. To such folk its a terrible thing to be banned. But to the cats like Big Joe, its one of the best stats there is on Planet Earth. The stat of Scars. This is the only stat God looks at when one of us dumbschmucks asks for assistance. He skips all the miss-goody-2-shoes becasue he knows they never did the work nor did they suffer the pain and hardship or put themselves at risk. So he backhand swipes 'em all out the window.

But the one(s) with scars - he calls the Angels to get ready to send Help.

Imagine Xela, a female going up agsinst destriero with Baron's backing and even the cops trying to trip her up? Her crime? Stanford grad, super high-powered trader, super knowledgeable that made 'em look bad, especially destriero who could not tolerate a female of this class. Add to that, she's a looker.

So they bushwhacked her into banned for Life. That same day 8 females left ET for good. Place has become a male dominated ghetto. God made this Universe a 2-terminal Universe = Men & Women. Anything less its not natural and its outright discrimination. Big Joe don't tolerate this.
M

Timing Indicator hunt goes on as I've obviously been wrong since Jan 26th 2018 TOP CALL. I need something else.

and/or search for other stufff. Its out there but nobody has found it. Does not mean Big Joe will not find it. He will. count on it!
M

Fibo is so high in the clouds, Trading is become soooooooo eeeeezy that I have swung into a new zone where attention is now needed. The new fire burning inside Fibo is the entire subject of LEADING INDICATORS .................. a deep, deep, deep subject that includes SENTIMENT /// PSYCHOLOGY and RATIO ANALYSIS. We are not talking here about the Indicators one sees in the lower panels of a chart. No Sir, not those, those are too elementary and mostly unnecessary. I only use 2 such and that's where it ends. THESE here in this thread are a different breed.

The above is the subject of this thread.

For those who have time between now and when I return take a look at the Dow/Vix as pointed out earlier in this thread. Even Goldman Sachs is not aware of this or else they would not be saying stupid sh*t before the CRASH like "market is not overvalued, we are going much higher" ................. MBAs including mine\right-click\send to\Outhouse and burn and incinerate = 2 years of garbage in garbage out.

TA can bugger any clown coming out of Harvard/Stanford in under 5 minutes in the hands of Fibo. And THEY will listen because I was one of THEM. I have their secrets and curriculum and know-how basis.

Bunch of dummies the whole lot and charging zillions of dollars for such worthless sh*t!!!

She asked me, "Joe, my daughter wants to do her MBA? What do you suggest?" My answer? TA Home Study (FREE) and save 100k and agony and false data, false prophets and false gurus. The only guru is the chart in front of you and your interpretation of it. She's listening Showed her myposts on BOEING and then what the anyalysts experts were saying just before the top and got her atention to such an extent she instantly began scolding her daughter for no studying this TA field, hahahaha

so bloody spectacular that nobody on the planet or in the Galactic confederation of 76 planets, has it. Notice that the Dow vs Viz has already called the current market TOP on Sept 30, 2017. You dummies are the first to see this spectacular Indicator. Most of my stuff has not been seen by any retards, guaranteed but if they are, I will try to point it out so I don't misrepresent. I don't need to misrepresent as the other practitioners are too dopey to be EXPLORERS of the caliber of FIBO.

The CRASH low was soooooooo bloody eeezy becasue only Fibo had this Indicator. And Elliotticians know that a likely spot for revrsal will be the vicinity of the previous 4th wave of lesser degree. But Elliottwave International missed it completely - they lost their nerve and verve in the heat of battle and FIBO buggered 'em all

Read quote several times ..... from October 23rd 2019 post. Observe how nicely and correctly the Dow/Vix was the leading indicator for the Top of January 26, 2018. This still stands today as the worldwide top including for London FTSE and Global Dow and Dow Transports and Nikkei and Hang Seng et al


See updated chart for the sheer spectacular performance of this indicator for this current BEAR. Perfect-issimo!!!!

Dow/Vix other things to observe. Current drop has arrived in the vicinity of the previous 4th wave of lesser degree - arrived on Friday March 6, 2020. We should have some fireworks here aka rally? Wait and see. It did exactly that at the bottom of the Financial Crisis in March 2009 low. The vicinity of the previous 4th gave good perfect guidance to get ready and be alert!

Additionally the wedge for the c-wave suggests a drop to the origin of the wedge which is at the 2009 low.

Vix low 11/20/17 stands as the Low till today meaning that there were no lower lows even as the Dow gave higher highs. Can you dig it? Can you dig how Vix was not validating the Dow JOnes rally and called its bluff? Vix needed a higher high to change the Trend from down to up but that did not come until Friday March 6 (yesterday)

TA at her very finest shown in Vix. Almost all technicians are blind in one eye and can't see with the other in this regard and therefore ignore the Vix calling her too complicated.

would it help if I told you that one of your own, at tremendous risk of ostracism by the likes of Signalcalc, Cantagril, barjon, counter-violent and other sissies like tomorton of the core 30 T2W old decrepit lions, wanked on both my posts with a LIKe. Think about this. Hatred by Brits for fibo? Parabolic. Therefore with such a backdrop what would it take for a Brit to give a LIKE to Fibo?

Answer: A jaw-dropping motherf****** of a post, 2 in this case. Nobody in the world has it. NOBODY. Both are the world's best Leading Indicators and not even Goldman Sachs has 'em.


You would kill such a Man for stupid sh*t like using the word, C**t when the word is in common usage in Britain for at least 5 years and accelerating? WTF? I've joined a chapel? Yeah I know this is not ET but consider this: Baron made it very clear that a certain amount of terrible language of 4 letter words and whatnot are totally acceptable as they reflect the real world at Wall Street. You should hear the sh*t even the girls say at lunch!!!!!!!!!!!!

Trendline break of January 2020 called the dire start of the CRASH of the Universe at hand. And it came with stunning precision.

But T2W was asleep. As usual.

Burn it down Sharky.
M

The Dow Jones versus the Vix is the most beautiful thing I have ever seen and like everything else I write its all MINE, from start to finish.

I would not mind dyng right f**in now. that's how great the work is.

You've read my posts on Vix and the constant reminder how great this FEAR/TERROR Gauge is. Now I combined it with the King of Kings (Dow Jones) to produce a stellar indicator that eclipses everything else on all timeframes. Dig this: even on blunt monthly it blows away everything else

To God, I thank thee for opening the door to SERENDIPITY, who comes a-visiting when of course I least expect her and sits on my shoulder the same way Love and Devotion come - without fanfare! Its too much, Father. Way too much for Fibo! 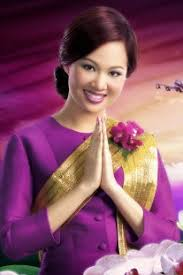 You must log in or register to reply here.
Top
✖
AdBlock Detected