Moderator
4,935 788
I have to say I'm fascinated by this David and a keen follower of this thread.

Very interested what you have to say about Mirardana, Malordana, Mogor et el. I do believe I have a somewhat larger list of these entities somewhere, they posted in a certain pattern, I wont post spoilers right now, as I said I'm really interested in your take on this.

Well no, separate entities I'm afraid. quitok and his mates aren't in the same league, totally different modus operandi and are merely broker spammers, i.e. 4 inane dribble posts and 1 broker mention post, lots of them, all done in sets of 5 relentlessly.

quitok was removed for excessive spammed broker mentions, nothing else.

I did check the gematrinator with a randomly picked selection of these clowns, along with the broker name, with the result that after sticking 8 of them in got fed up because no further 33's appeared and no matching numbers to the broker.

Broker is the bottom result. 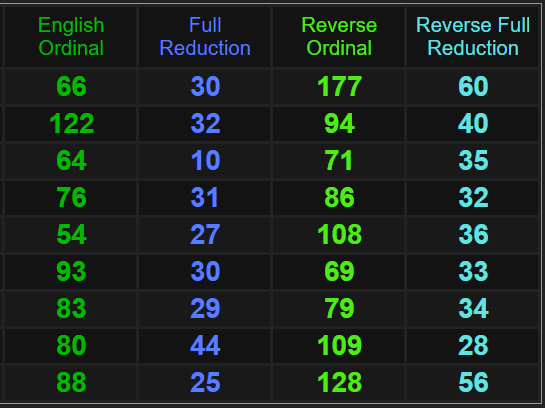 Moderator
4,935 788
Not able to find my list, though I do have a post from behind the curtain from last year that furthers your list by 3
hint: Nuadarne 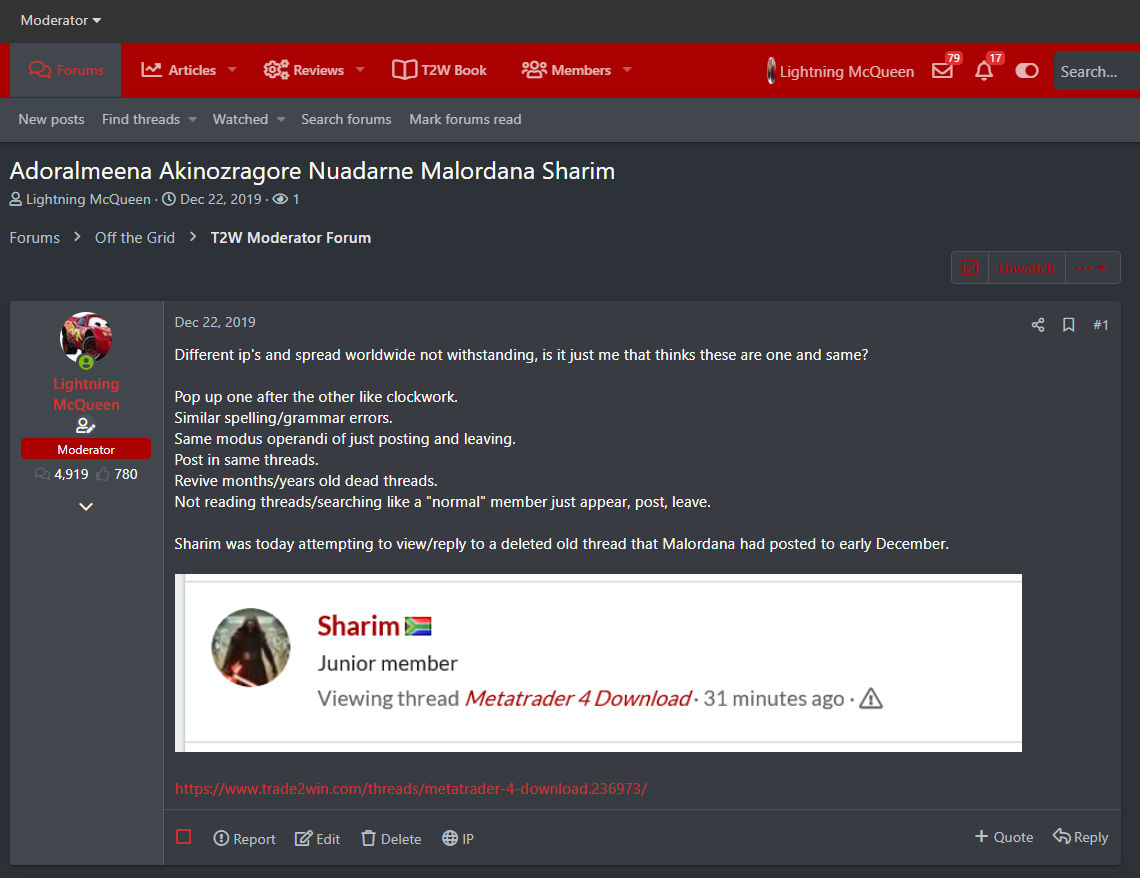 Moderator
4,935 788
After a long lull they have been extremely busy this morning. They must too be avid readers of your thread David

en masse they have come to the boards posting and interestingly it would appear, on the surface of what i could see, that they are controlled from one source it would seem.

The experiment was ban most of them but leave some to see what they do, which today has paid off.

Sadly I missed the opportunity of the main target Malordana as late spotting they were on, but did catch Runepick attempting the post but on failing switching with Aragortant making the post 2 minutes later. 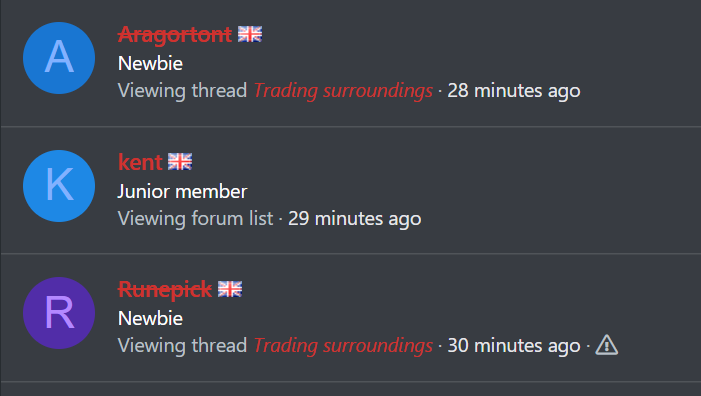 I do believe they are all gone now, but in the meantime some further additions to your list:

Lightning McQueen said:
I do believe they are all gone now, but in the meantime some further additions to your list:

What is your goal in trading?

T
afraid to use CFD

The Canadian Dollar Down on CPI.

News that moved the market / Spikes