After the fourth negotiation between Russia and Ukraine failed, the negotiations continued, the Russian army continued to attack Ukraine. In addition to the humanitarian disaster, the Russia-Ukraine conflict has raised concerns about global economic growth and sent commodity prices soaring across the board.

OPEC released its monthly report on Tuesday, saying that they were "reviewing" its economic forecasts and estimates of crude demand and supply growth in 2022, while warning that inflation sparked by the Russia-Ukraine war could reduce energy consumption.

Focus on the 90 line. From the four-hour line, the Bollinger vul is trending downward. The news, the Russia-Ukraine negotiation will continue. The Ukrainian side said that there is a possibility of compromise between the two sides. overall bearish, Focus on 98 and 100, and the performance of the EIA data in the evening 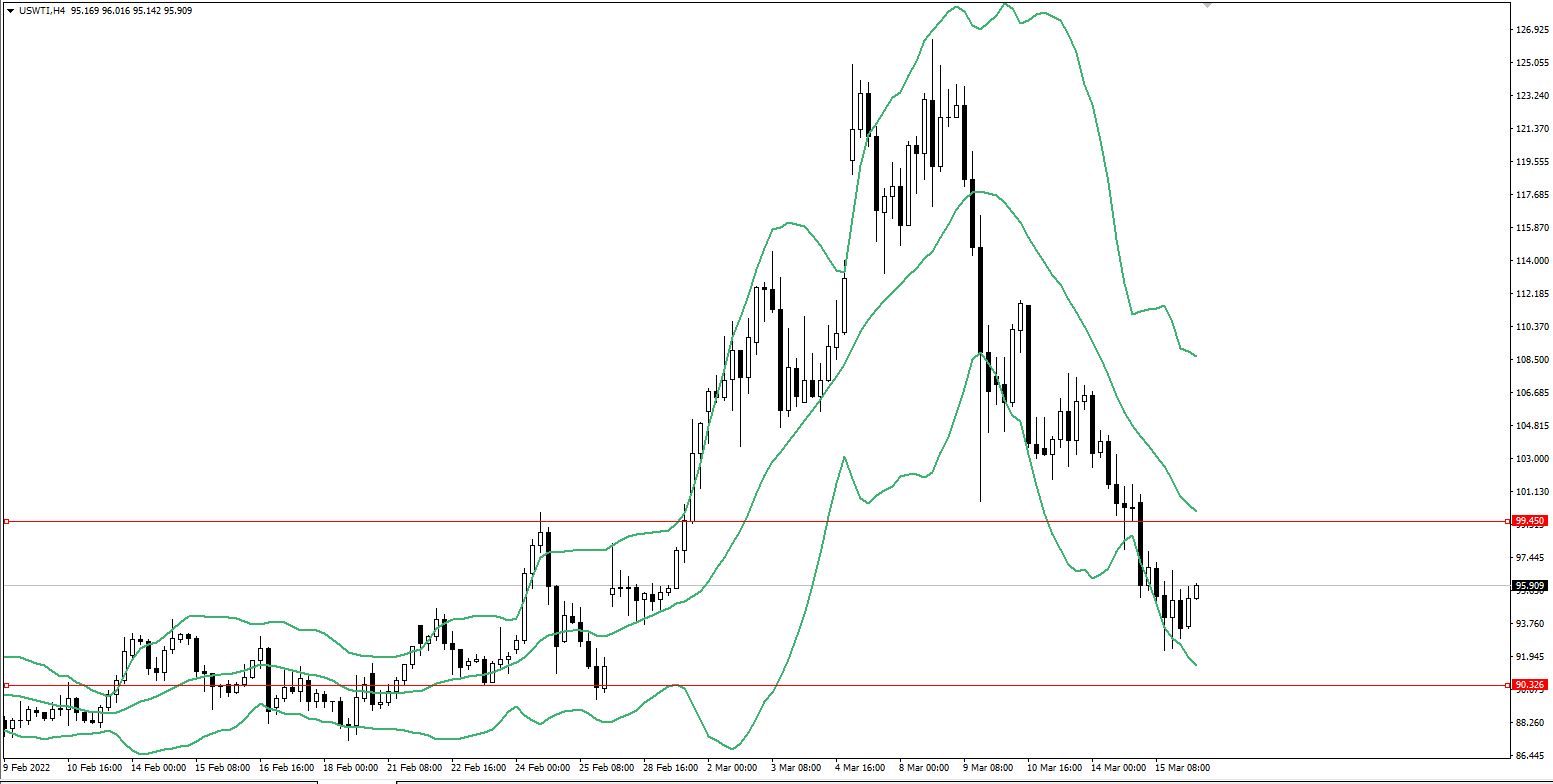 Mar 22, 2022
ZZZZJ
Z
Z
Russia was revoked the most-favored-nation status, the Iran nuclear deal failed, crude oil rises but ended the week down 6% for the first time in 3 we