5 0
Africa Oil is trading on TSX and in Stockholm mid-cap.
The company found a bunch of oil in 2012 (Kenya) (about 850 million barrels) and the stock skyrocketed from 7 SEK to 80 SEK. (Africa oils interest of the two licenses was then at 50%)
After that, it's been a slow movement in Africa (government) and all the shareholders got tired of waiting and have kept selling shares until last year.
At the end of 2015, they sold 25% of the fields to Maersk for about $420 million, with future contingent payments of up to $400 million depending on more finds in the license and when it starts to produce.

The share bottomed at 6.70 SEK at the end of last year and is now trading around 9 SEK with a market cap of about $400 Million.
So this stock has a market cap of about $400 Million, still owns 25% of the Kenya licenses (should be worth about $1.4 Billion dollar when the pipeline is in place).
And they can still receive $400 million on top of this from the Maersk deal.
The company also have about $370 Million dollar in cash without any debt, so the market as for now is valuating the Kenya licenses to nothing.

The wait has for sure been brutal to the stock, but things are starting to look a lot brighter, the government in Kenya has been starting to realize that they would benefit them to make money of oil, just like Nigeria. And things have been moving forward a lot this year. When the final investment decision (FID) for the Pipeline will happen the stock should at least make its way up to 40 SEK again.
The FID will take place in 2020, and they will produce about 85k barrels/day in 2022. (AOI 25% interest)

With this said, the stock should slowly start to move up from these very depressed levels.

What's rather new is that Africa oil signed a contract for an acquisition in the Deepwater Nigeria project/licenses and this is a project which already produces about 568 000 barrels/day.
Africa oil will be getting a cash flow from this deal of about $150-200 million dollar/year, and they still won't be having any debt. All we're waiting for now is for the government to sign over the deal, which will happen very soon according to the CEO.
Since they signed the contract at the end of 2017 the purchase price will be a lot lower since they can write off the income since 2018-01-01.
I believe the purchase price will be about $200M, and it will pay off within 1-2 years.
The field has more than 10 years to go and they will most probably find more oil in the license before it runs out.

On top of this Africa, oil have purchased shares and owns, 35% of Africa Energy, 30% in Impact oil and about 20% of Eco Atlantic.
These shares are now worth about $150 million, and I believe these companies will continue to perform very well.

ECO Atlantic - Guyana, their licensing neighbor found 5.5 billion barrels (They had about 90% hit rate, 13 of 15)
Eco has money for about 7-8 drilling activities in the region, and even 1 billion barrels would make the share price to jump severely.
https://www.ecooilandgas.com/eco-atlantics-gil-holzman-proud-as-drilling-starts-on-jethro-lobe-prospect/
It seems almost like they would be disappointed to find 2 billion barrels, and that would make Africa oil to go up 2-3 times from today.

Africa Energy - they found a large oil deposit (Brulpadda) which they after drilling was set to 500 million barrels, but they expect it to be at least twice that size, 3D seismic is getting close to being done.
The share price should at least double when the information will become public. They have also found 5 other potential drilling targets in the same license and after research, they believe their other license may contain about 50% more oil than Brulpadda.

Impact Oil owns a 5% stake in Brulpadda as well as Africa Energy and has other highly interesting upcoming wells, like the Venus Project.

Market Cap $400mm
Cash holdings $370mm
Owns interest in Africa Energy, Impact Oil and Eco Atlantic (Stocks are now worth about $150mm.)
Owns 25% in a huge field where they just scratched on the surface, even if it's about 2 years away of producing with a high output) (Maersk bought the same size almost 4 years away for about $420mm + future payables to Africa Oil Corp of $400mm)
Acquisition deal made (Deepwater Nigeria), waiting for it to go through (Keith said it would happen in July, so it should happen within a few weeks, if not next week) it will give a yearly cash flow of about $150-200mm.

It's a clear buy before this deal goes through, Nigeria is not like the other countries in Africa, Nigeria is a larger player in the oil sector and they support the oil companies in the region.

I own a bunch of shares, the downside should be very limited from here thanks to their cash holdings, and thanks to the other companies the risk is pretty low.
The deal in Nigeria is already made and they're technically already making money from it, but we'll not see any cash until it's cleared by the Nigerian government. I believe Africa oil will pay substantially less, about 60% of the price that was set at the end of 2017 or about $200MM which will still leave them with a strong cash position and good income after the deal has gone through.

RBC gave the recommendation Outperform, and to buy Africa oil last month with a recommended price of 17.71 SEK, which is just about 100% up from today.


My recommendation will be to take a look at the company before the Deepwater Nigeria deal goes through.

5 0
Great day to load up with shares
B 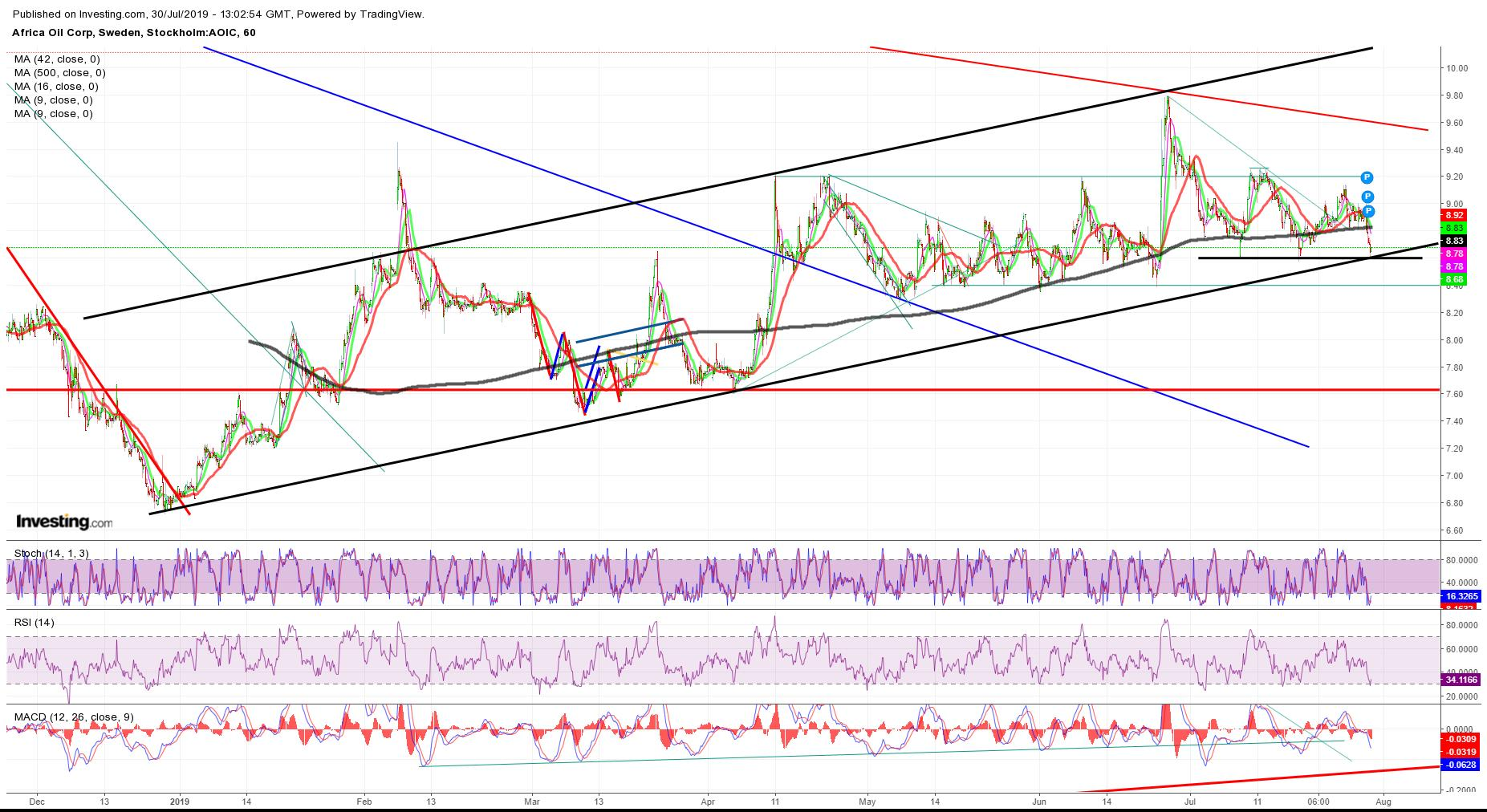 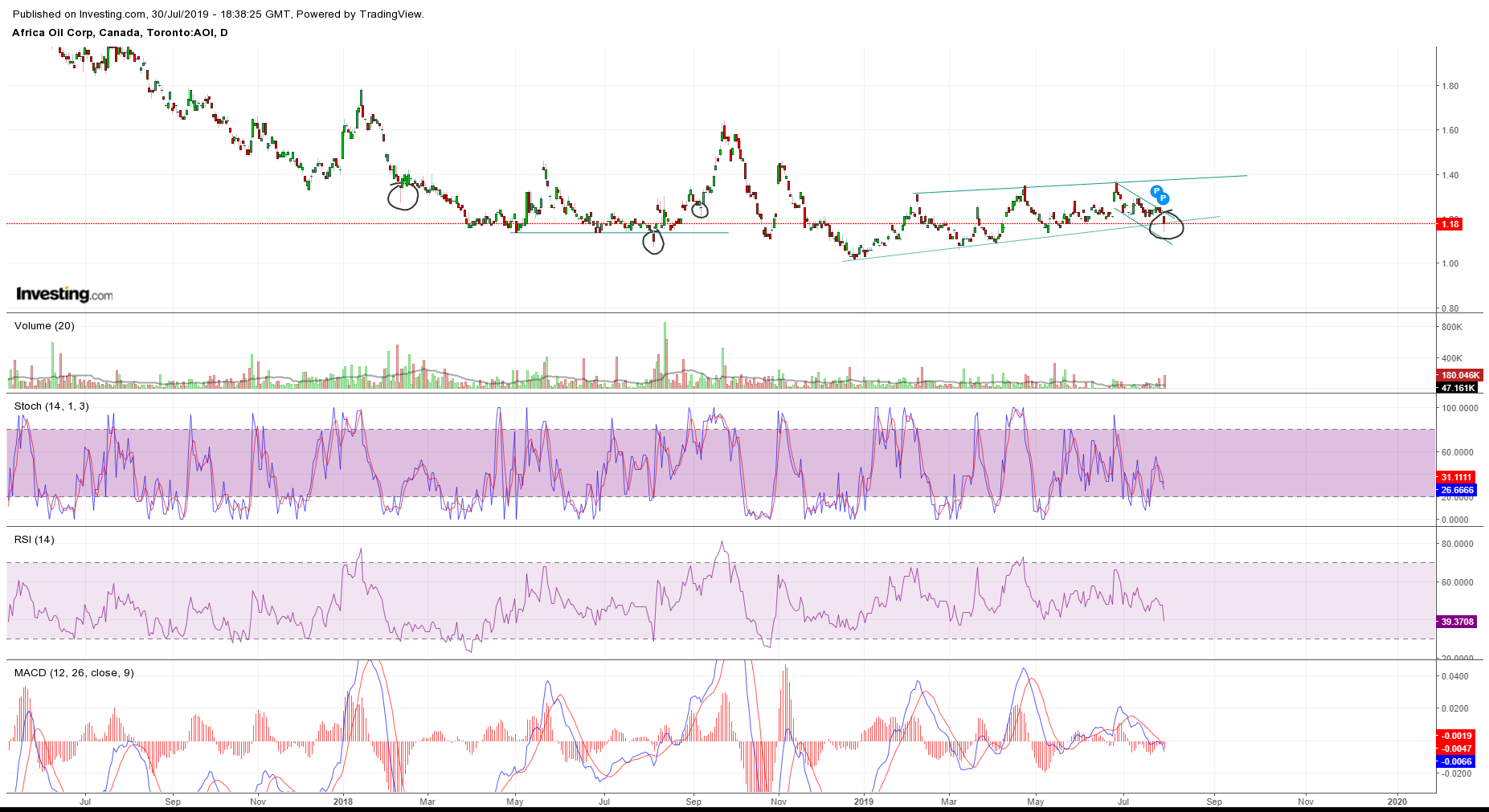 And Canada, it's going to pop up.
You must log in or register to reply here.
Top Bottom
AdBlock Detected