Surfing is very popular where I live in Southern California. It is a sport that I took up while living on the beach. Analyzing and trading in the markets is very similar to that sport. In fact, many technical analysts have compared the market fluctuations to the waves of the ocean. Just like a surfer, it is easier to travel in the direction of the waves than to paddle against it.

The waves of the market are the trends.  It is crucial for a trader to identify the trend that they can surf to profits.  If you keep trying to paddle against the waves, you can make some progress but it is much easier to ride the waves to larger profits.

There are several ways to identify the trend you are trading or investing in.  W.D. Gann was a trader in the early 1900’s who believed that price could be predicted by the use of three basic premises:

He applied angled lines to charts called Gann Fans to identify potential support and resistance levels as we move in trend from those areas. This is not necessarily going to replace the supply and demand levels that you are already familiar with on your charts, but they can add to your precision when choosing entry and exit points for trades and identify major changes in trend in larger timeframes.

Gann believed that price moved in certain repeatable patterns, based on price and time; you can use the angles of the fan to see areas where prices are likely to turn due to a combination of the two. Since there are cycles that can be seen in all securities, a trend that is approaching the end of that cycle should turn at a predictable point. That point is the intersection of a fan.

Most trading software will have Gann Fans available.  You will see TradeStation’s version in the following examples.  You will have to enter the “Points per Bar” that will set the angle of the fan and also the direction of the fan. 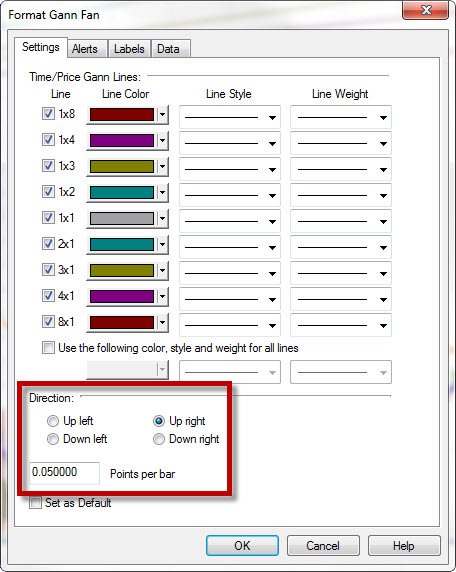 There are no set numbers that “should” be used, but as a general guide you can try the following settings for the points per bar.

Here is an example of the Gann Fans being applied to a weekly chart of AAPL. The Gann Fans helped identify the trend off the 2013 lows and acted as support in 2014. Currently, price is using the 1×1 line as a bit of resistance. 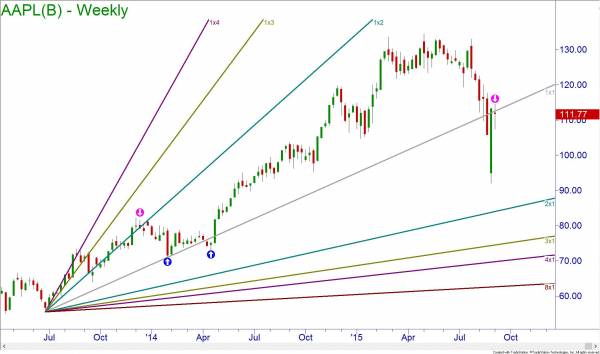 Moving into the daily chart of the stock, the Gann Fan from the July highs has identified the bullish stalling point and beginning of price drops. There could be another coming at about $115. 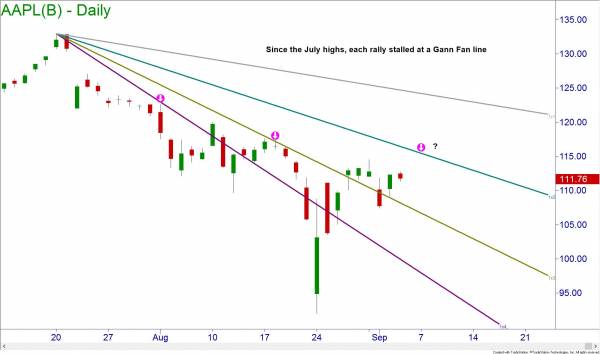 When applied to the equity market indexes, the Gann Fans reveal some amazing information about the trends. The weekly S&P 500 Index chart shows that during the current bull market, every time that price corrected it sought out the next fan line extended from the 2009 market low. This would suggest that the next bounce isn’t due until the index reaches 1600. 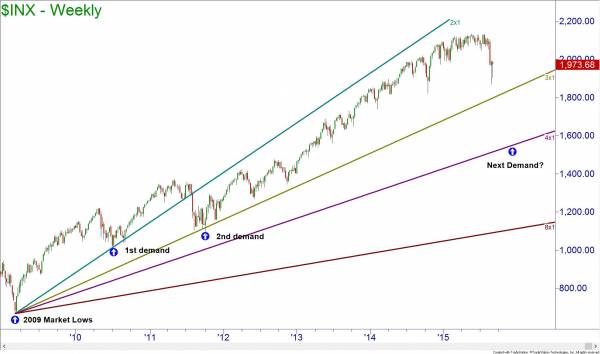 Looking at the daily chart of the index and applying the fan to the all-time market high shows that the index has been respecting the lines for both support and resistance and may offer price targets for the current move upward. 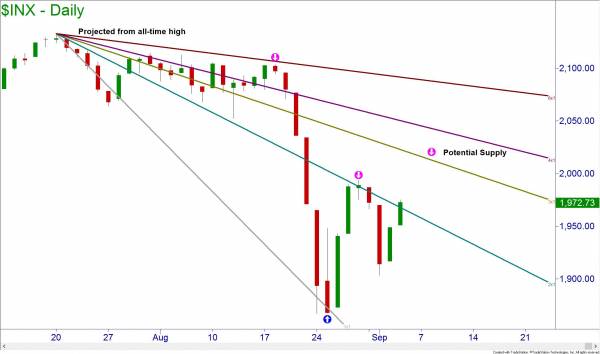 The Gann Fan applied to the Dow weekly chart is even more dramatic. The bullish trend was strong in 2009 but faded in 2011 to settle between the 1×4 and 1×3 lines. The recent breakdown in price could mean that the 1×3 may act as resistance and the 1×2 line is a potential target for the bears. 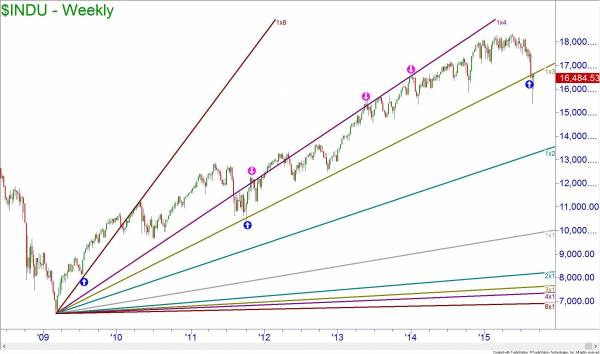 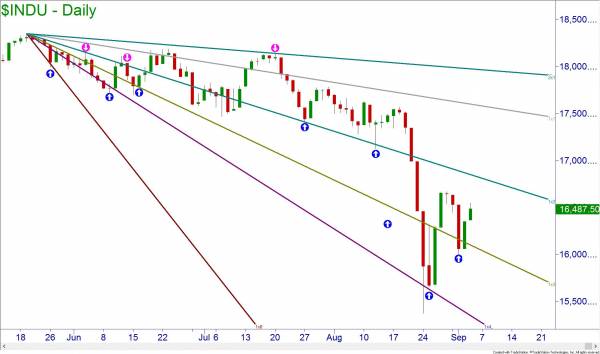 When the strong bullish trend began in the Nasdaq, the 1×2 fan line marked the top of the trend. Eventually as the trend matured and weakened, the index settled on the 1×1 fan line. This was also the support for the August drop in price. 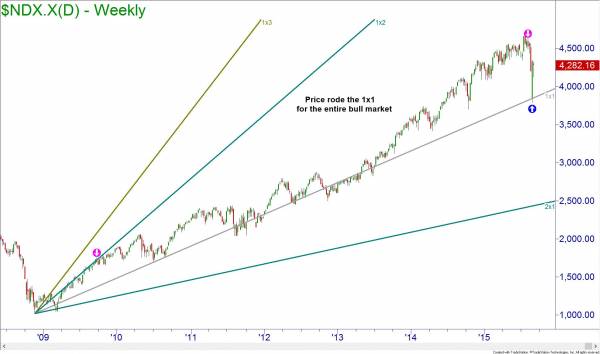 It is not surprising that price returns to the fan lines when it becomes overextended.  If the 1×1 should fail to hold though, there is a lot of room to the next line.

The fans were not as reliable when applied to the daily chart of the Nasdaq.  The 2×1 did hold prices down and the 1×1 should be watched as potential resistance. 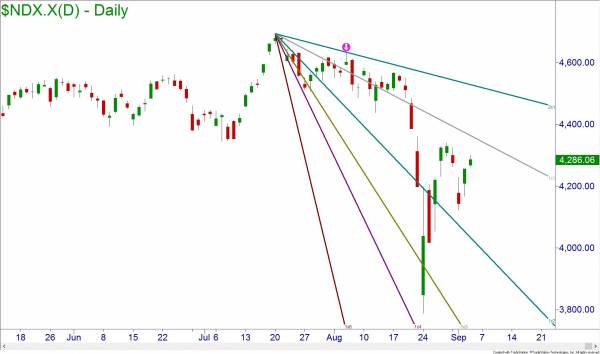 Price, time and patterns are essential to catching the wave to surf your way to trading and investing profits. Until next time, hang ten and put your toes on the nose.

how to Trade the first day of a stock after an IPO ??

Z
Russia was revoked the most-favored-nation status, the Iran nuclear deal failed, crude oil rises but ended the week down 6% for the first time in 3 we