When it comes to trading, most of it is done by making a directional bet. In other words, if the probabilities are high that the market will decline, we short it anticipating we will make money as it moves lower.  Conversely, when the prevailing odds are that a given market will move higher, we buy it with the hope that we will sell at higher prices in order to garner a profit.  In addition, to exercise sound risk management we will cut our losses swiftly if the market proves us wrong.  This is conventional market speculation.

There is however, a lower risk method to participate in the markets. This method is not as widely known, or practiced for that matter, but can be a viable method to making money in any market.  What I’m referring to is what is commonly called spread trading. Spread trading involves buying one contract and concurrently selling another contract in order to profit from a relative change in price in both contracts.

These can be done in the same market, known as Intra-market  spreads, and they can also be done  among two related markets, referred to as an Inter-market spread. Institutions are heavily involved in this type of trading in stocks, options, and the futures markets. One premise in spread trading is that a situation arises when markets become misaligned or are trading outside of the norm. Most of the time they will almost always revert back to alignment. This price movement between two markets can produce profits for the astute spread trader.

The second premise in spread trading is to look at several related markets and then identify the strongest and weakest of those markets. The stronger market is to be bought and the weaker market should be shorted, assuming that strength begets strength and weakness begets weakness. The best example of this type of spread is to look at two competing companies, identify which one is the strongest and weakest competitor in the given space and apply this technique. Specifically, if you think about the chip maker AMD competing against Intel.  The most obvious spread in this scenario is to buy shares of Intel, since they are the market leader, while simultaneously shorting shares of AMD.  As we can see from the chart below (the orange line representing the closing price of AMD versus the blue line plotting shares of Intel) a trader in this particular pairs (spread) trade would have done very well. 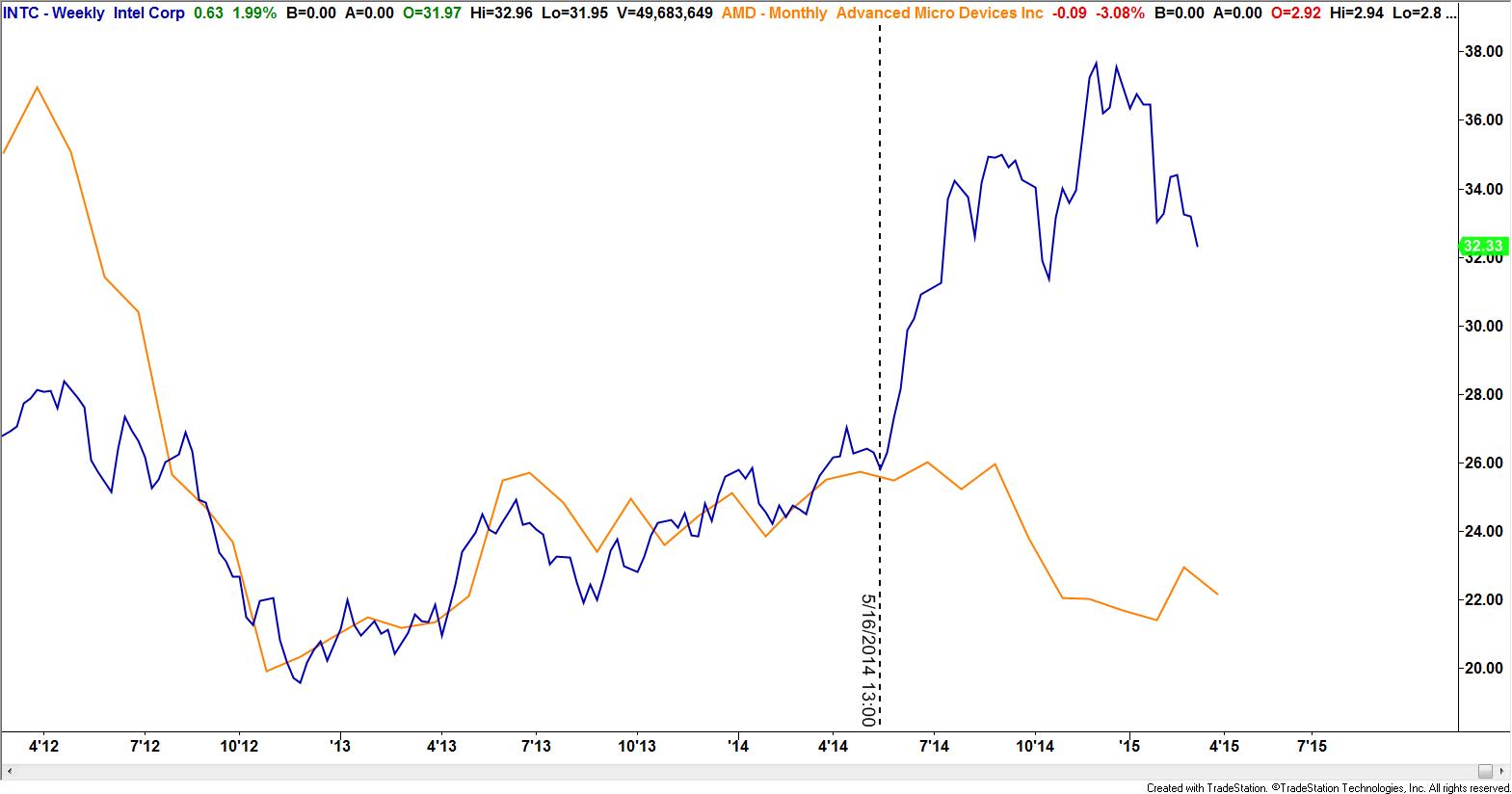 Although this is not a futures example I’m showing it to convey the point of this strategy.

As I mentioned earlier, some futures contracts go out of alignment.  So what does this mean specifically? Let’s take interest rates for instance. We know that in a normal yield curve interest rates in the shortest maturities are lower than longer maturities.  For instance, the yield on a 3 month T-Bill is only a few basis points whereas the yield on a thirty year bond is about 2.6 %.  In most commodities today’s price is usually lower than the price in the future.  Below are two charts; one is displaying the April of 2015 Crude oil contract and the other is the December of 2015 contract. Notice the price on the April contract is $48.17 and the December is $57.06. Oil is in Contango, which is normal. 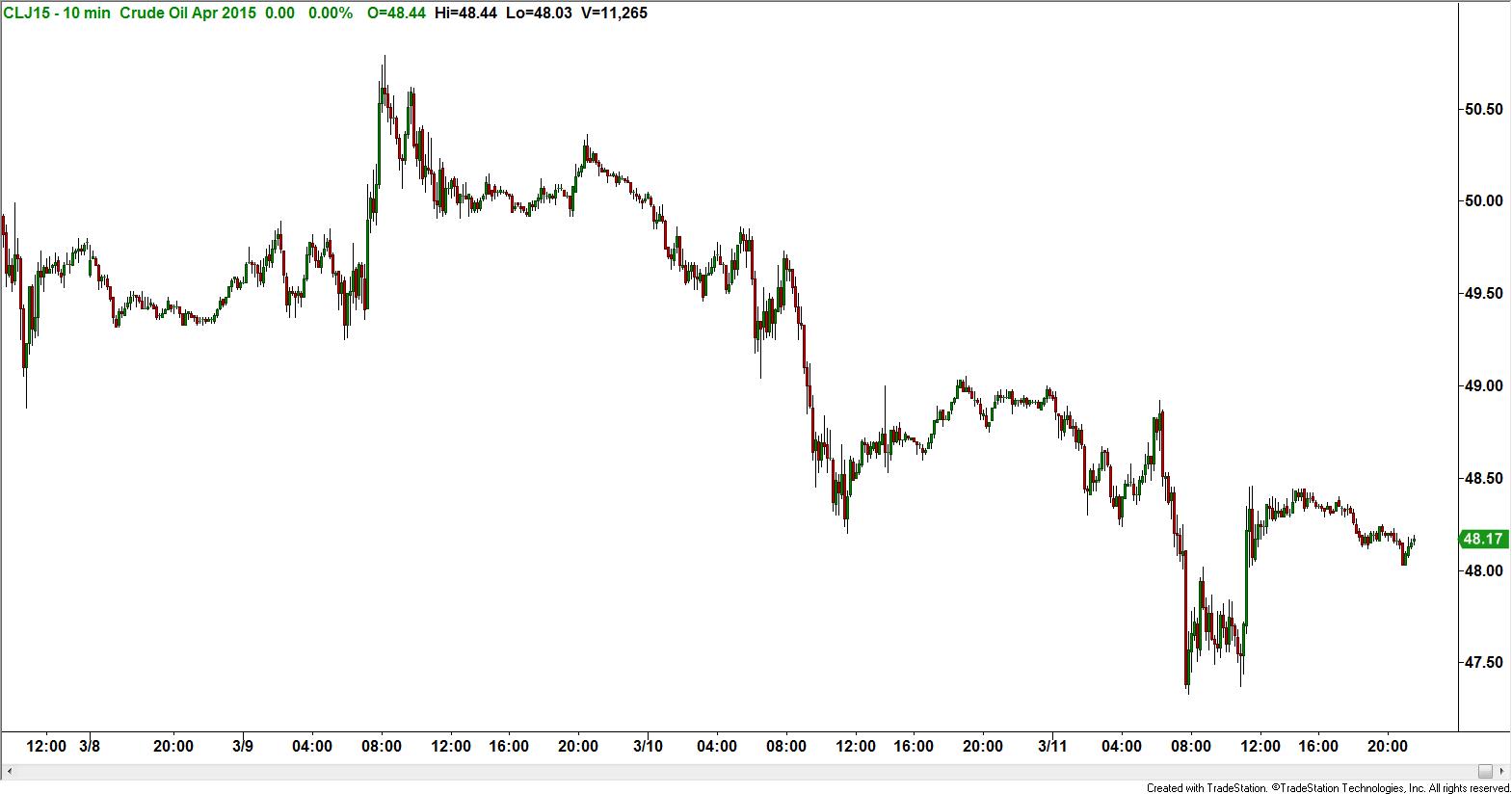 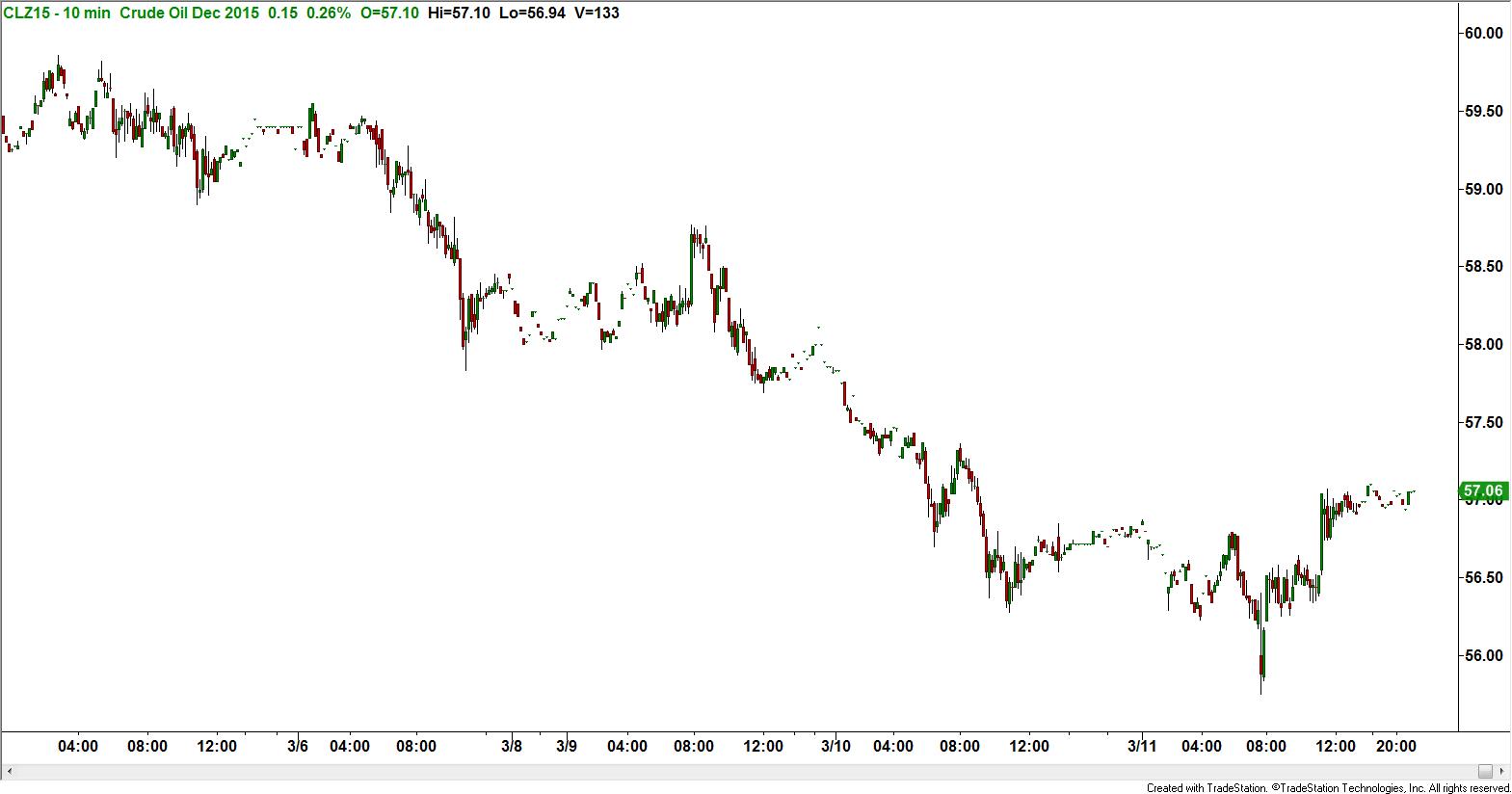 A spread trader can sell the December and buy the April if he feels that the price differential will shrink.

There are instances, however, where the front months are more expensive than the further out months. This phenomenon is called backwardation.  Below we see this between the May (blue line)  and November (orange line ) Soy bean contracts. 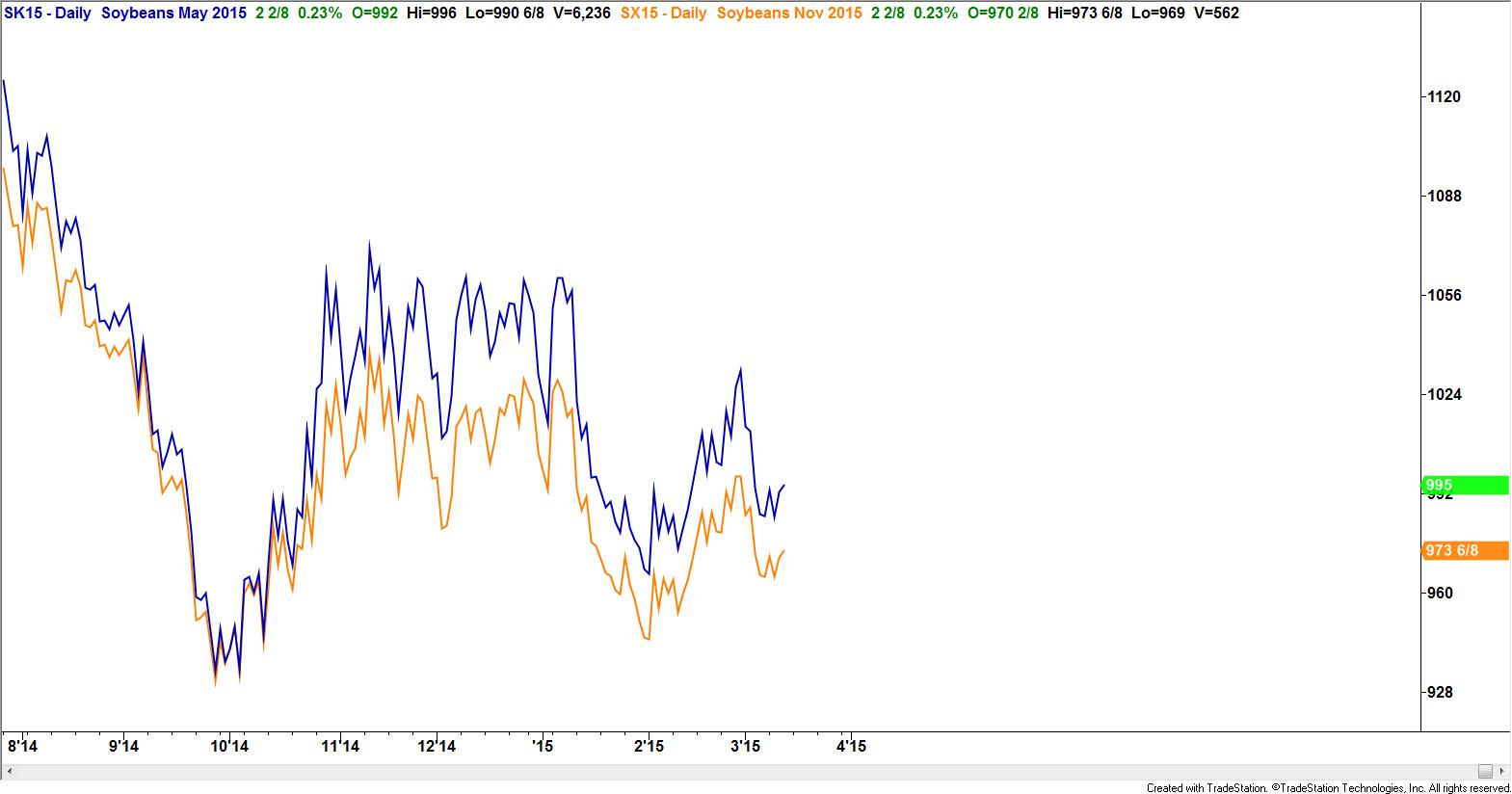 This distortion in price, if corrected, can represent opportunity for the spread trader.

Spread trading, in addition to having  less risk than buying or selling the outright contracts, comes with an additional benefit, which is much lower margin requirements.

The bottom line is that spread trading is not for everyone. Yes, there’s less risk but also there’s less potential reward.  So, some food for thought, explore it and see if it’s for you.

Sam Evans can be contacted on this link: Sam Evans

Sam Evans
Sam originally worked in radio as well as the record and film industry including the role of an Executive Producer. He then studied to become a Life C...
View thread
You must log in or register to reply here.